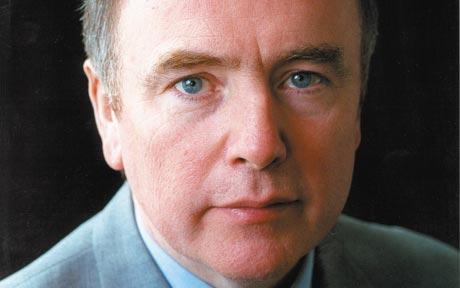 I chair the regular NLA London Regional seminar sponsored by Edmund Cude at the Institute of Directors.  This month we were looking at the un-joined-up housing policy of the current government, proposals from shadow housing minister Jack Dromey MP, welfare reform impacts in Hackney presented by Jennifer Wynter and realistic strategies for dealing with rogue landlords.  Mira Bar-Hillel from the Evening Standard joined us for the panel discussion to stir things up.

My thesis on un-joined up housing policy consisted of a critical analysis of some of the contradictions of welfare reform, article 4, registration and licensing, aspirations for institutional investment and opposition policy on longer tenancies and rent controls.  In 2012, benefit changes meant that single childless under 35s could only claim the shared accommodation rate and caps were enforced on LHA rates which meant that housing benefit no longer covered rents in large parts of London and the South East.   Changes in 2013 include the total welfare cap which at £500 per household means that families of 2 parents and four children or more will be eligible for 50p housing benefit in many London boroughs.  The bedroom tax (or under occupation penalty) means that benefit claimants in council or housing association properties will face a 14% benefit cut if they have a spare room or 25% if they have two or more.

These welfare changes clash with a number of other policies and there is a serious likelihood that they will fail to achieve their objective.  Article 4 directions allow local authorities to stop landlords from renting their properties to sharers, which means there will be a reduction in shared accommodation for the increasing number of under 35s looking for it.  LHA and total welfare caps mean that tenants will just not be able to pay their rent.  Once homeless, the local authority will have to house them in more expensive temporary accommodation. Meanwhile the social housing sector – with its subsidised rents – does not have enough smaller properties to house tenants affected by the bedroom tax.  So they will probably end up renting in the private rented sector where their housing benefit claim will be even higher.   So much for saving £1 billion from the welfare bill over 2 years.  All this despite the enormous hardship placed on so many tenants – many in vulnerable circumstances, plus the migration from inner London that could permanently change the capital’s unique population diversity.   Article 4 also threatens to spread from Newham and Barking and Dagenham across East London as other councils worry that sharers will be displaced into their borough.  Surely London needs a regional housing strategy, we shouldn’t allow local authorities to distort the housing market in this way.  The government’s answer is localism – boroughs must be allowed to pursue local whims – unfortunately a Lib Dem doctrine that is part of the glue of the coalition.

Borough wide selective licensing is Newham’s answer to dealing with anti-social behaviour and rogue landlords.  Many question whether establishing a database of 35,000 properties is the answer, and the good landlords who paid up promptly resent paying the cost of enforcement against the rogues and criminals.  But with national registration in Scotland and proposed registration in Wales, should we just succumb to the likelihood of registration in England?  Would it be better than local schemes like that of Newham?   It seems the Labour party are in favour of both.  The London Rental Standard uses a positive reinforcement ‘accreditation model’ and is much more popular amongst landlords.  The Mayor seems much more willing to work with the PRS.

Institutional investment is one possible solution to housing shortage – the root of many of Britain’s housing problems.  London expects one million more inhabitants over the next 10 years. Where are they going to go?  25 years on from the 1988 Housing Act which introduced the flexible assured shorthold tenancy (AST), the private rented sector has grown to 18% and is starting to look attractive for the 20-30 year timescale that long term institutional investors require.  But talk of extending tenancy agreements and regulating rents could put a stop to this.

At the IOD meeting, Jack Dromey MP outlined the Labour Party’s proposals in its recent Private Rented Housing policy review.  There are 3.6 million households in the PRS and 1.1 million of these are families with children.  The standard AST is currently for 6 or 12 months and this fails to give these families the security they need to keep children in local schools and provide stability, he argues.  The costs of regularly moving and unpredictable annual rent increases create additional pressure.  Jack is in favour of longer term tenancies and indexation of rent reviews, for example linked to the CPI inflation rate.  He said that landlords should also be able to bring tenancies to an end more quickly where tenants break the terms of the contract.

These are broad ambitions and the devil may well be in the detail.  The Labour Party policy review cites Germany as a case study for longer tenancy agreements – but their system is akin to tenancies for life which decimated the PRS in the in the UK in the 1960s and 1970s.  The 2008 Rugg Review of the private rented sector pointed out that most tenancies last longer than two years and landlords in the room reminded Jack that it is in our interests to keep good tenants for as long as possible:  the law doesn’t need to be changed.  There was a healthy debate (given the event is sponsored by agents, Edmund Cude) about the role of commission driven agents that want to raise rents year on year to beef up their cut of the deal.  Should they be regulated? – Robert Nichol from Edmund Cude said “bring it on.”  He is just as tired of rogue behaviour amongst agents as we are of landlords.

Jennifer Wynter, who runs the benefits operation at London Borough of Hackney, confirmed fears about the impact of welfare reforms.   In a survey of 1585 properties available to let carried out by Hackney CAB, 143 were within the LHA cap and of those only 14 would let to tenants on benefits – that is less than 1% of available properties.  Hackney is the second most deprived borough in the UK with 46% of the population living on benefits, that’s 44,272 people.  742 have been forced onto the shared accommodation rate – most seem to have fled the borough –  and 1542 people are affected by the total welfare cap.  Proactive work by a dedicated team has reduced this number to 588.  It is families that are worst affected, particularly those with four or more children.  There has been a 36% increase in levels of eviction or threats to evict since 2010 largely because of inability to pay rent.  Officers are seeing evidence of an increased level of sub standard accommodation and overcrowding as benefit customers try to make an impossible system work for them.  Jenny showed how benefit claims in Hackney, Camden and Westminster had leveled off or declined in the past three years but in Enfield, an outer London borough, they are rocketing, in spite of the borough’s limited resources.  She said London faces a perfect storm in 2013/14 as affordable letting supply falls and demand rises.

Pressure on the housing system is such that it creates demand for any housing, however bad – a perfect recipe for rogue landlords.  Mira Bar-Hillel is very enthusiastic about the idea of a Landlord and Tenant Tribunal which would handle all disputes between tenant and landlord.  It would also sanction landlords for failing to carry out repairs or providing sub-standard accommodation.  Jack Dromey was very interested and there was support from a number of landlords in the room.