Rent Controls Are Not The Answer 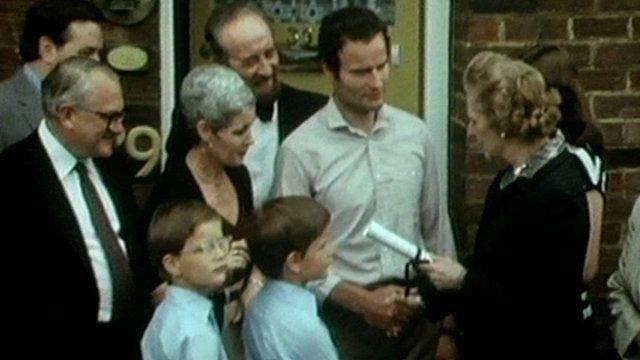 There has been a worrying increase in calls for rent controls recently. The Labour Party Private Housing Policy Review in December 2012 calls for annual indexation of rent increases once the initial rent has been set. More worryingly, MPs such as Jeremy Corbyn and this week David Lammy seem to be calling for a return to something akin to 1970s housing policy. Lammy’s comments were in response to the introduction of Universal Credit in four London boroughs on 15 April 2013 where the total welfare cap of £500 per week for families or £350 per week for individuals was introduced. The government estimates that these caps will affect 40,000 claimants across the UK, most of them in Greater London where rents are highest. We are already seeing significant migration of claimants from inner to outer London boroughs were there is a higher possibility of finding properties that will rent for an amount affordable within the cap.

There was significant media coverage on Monday 15 April when the cap was introduced in these four pilot boroughs and the old stereotype of “villainous money grabbing landlords” received a significant airing. Arguably this is a canny move by the coalition government. A majority of the public believe that a benefit cap at around the national average wage is right. Benefits above this level simply trap families in the welfare system as it is unlikely that they would find a job for the same wage. But we shouldn’t forget that it is the benefits system that created this trap and for the government to now punish these families by imposing a cap is grossly unjust. The government is cynically aware that it will be easy to shift the blame onto landlords for charging rents that are too high.

During Monday’s media feast, David Lammy said on LBC radio that rents in London had risen by 7% in 2012. House prices also rose by 6.8% in the capital in that year. Increasing rents reflect the increasing cost of buying property. Rents are also being inflated by the lack of mortgage finance for aspiring homeowners with less that a 20% deposit. More people who want to buy are having to rent whilst they wait for mortgage finance to ease. There is quite simply a massive housing shortage in London. New household formation in the UK outstrips supply by three to one and the population of the capital is expected to rise by one million over the next ten years. In addition domestic residents are being priced out by the attraction of a global city to wealthy overseas investors. During the week of Thatcher’s funeral, her failure to invest receipts from the sale of council houses in building more social housing looms large. The Major, Blair and Brown governments failed equally in this respect.

Rents might level off and drift down in London over the next few years. The government hopes that the relaxation of planning constraints will encourage more house building and it has set local authorities ambitious targets. The Bank of England’s funding for lending scheme has increased the flow of mortgage finance and the government hopes its help to buy scheme will enable buyers with small deposits to gain access to home ownership or remortgage. We need to build more social housing and free up mortgage finance to take pressure off rents. The private rented sector now stands at just below 18% of stock and it has filled a void created by the Thatcher legacy.

All of these measures – if they are successful – could take years to feed through into the housing market. Meanwhile benefit claimants affected by the welfare cap are on average £93 per week short of the amount they need to pay their rent. Landlords should just reduce their rents accordingly, shouldn’t they? We forget that landlords need to make a modest profit to stay in business. They have to find 25% deposits, pay their mortgage, insurance, regulatory fees like licensing, on-going maintenance and tax. There seems to be a lot of vitriol around this. Why does the public accept that shops, garages, plumbers and other small enterprises can make a profit but landlords shouldn’t? The stereotype that landlords are raising rents just because they can also seems to be gaining currency at the moment. According to the NLA tenants’ survey, 67% of tenants say they had no rent rise in the last twelve months and many landlords do not raise rents or raise them modestly once the tenant is in situ.

So, are rents controls really a viable solution? Residential letting contracts were de-regulated in 1989 with the introduction of the Assured Shorthold Tenancy. Prior to that, rent controls were the norm and the private rented sector shrank to 7% of housing stock. There was no incentive to improve properties – if tenants asked for such, their rent would be re-assessed and increased by the Rent Officer. A re-introduction of rent controls would cause the sector to go back into decline. Lenders would not offer mortgage finance if there was no certainty that rents could cover mortgage payments. Landlords would stop buying and many would withdraw from the market as their businesses became unprofitable. Instutional investors work on 20 to 30 year timescales and are just starting to take an interest in building to let on a large scale. Rent controls would extinguish any appetite for this. The artificial suppression of rents sounds like an easy solution. But it would reduce the stock available through the private rented sector. The lack of growth in the social sector means that this stock would not be replaced, so we would see an increase in homelessness. Families would be placed in temporary accommodation at huge cost to the public purse.

My very sensible friend and neighbour, Luther, listened to me argue this case on Radio 4 a few days ago and said to me: “I still think rents are too high.” The housing market in London is pretty dysfunctional at the moment. But please don’t let any one delude themselves that rent controls are the answer. We need to build more social housing and make mortgage finance more readily available, particularly at 95% loan to value. I also think that the £500 cap in London is too harsh and should be increased to a figure that better represents living costs in the capital.