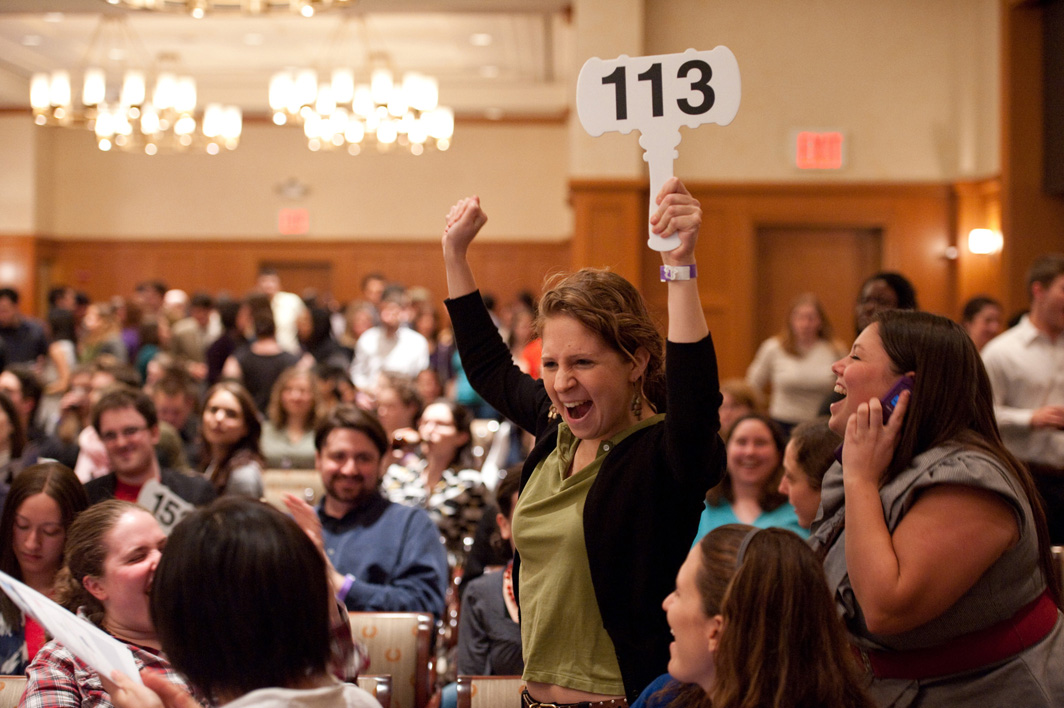 I bought at auction in early September this year and I paid a few thousand more than I wanted to.  I was a bit irked, but I wanted a project, was ready to buy and decided that the brief period we’ve had since 2009 when you could get a bargain in some parts of London was well and truly over.  Back in September,  I bid on Lot 1 and unusually sat on the front row because I wanted to stay focus and didn’t want to feel intimidated by the hoards filling the room.  When I won the bidding I turned around and was taken aback by just how packed the room was.  I signed my contract and was glad to escape.  The project has gone well and I decided I would like to maintain the momentum with my builder and try and get another property for the New Year.  I saw eight lots last week at Strettons and Savills.  The viewings were really busy and soundings from auctioneer staff were that properties were likely to sell for way over the guide price.  I prepared my usual spreadsheet and decided that I would be unlikely to bid, but did go along to the Strettons auction to see if these predictions were correct.

Two of the early lots were houses in East London guided at £200,000 and £300,000.  They sold for £385,000 and £336,000 respectively, that’s 28% and 68% over guide price.  A one bedroom flat with a significant crack also sold for 63% over guide.  There was another one bedroom flat I was interested in if it went cheaply.  It needed a new kitchen and bathroom, central heating, new windows and full re-decoration.  I had budgeted for works of £30,000.  It also had a short 40 year lease which would cost around £25,000 to extend, making it impossible to mortgage with a mainstream lender.  The flat downstairs showed all the signs of being a cannabis factory – which was a bit of a worry and a fire risk – but I really like these Warner style flats and the location – so I was still tempted.  Guided at £100,000 to reflect the short lease scenario, I would have bought it for £125,000 but knew it would sell for more.   Interestingly the woman stood next to me started bidding on it at around £140,000 and won the bidding at £167,000.  She looked thrilled and was chatting to another punter stood next to her, who congratulated her.  Now this flat will be worth about £190,000 when refurbished so I wonder if she thinks £167,000 is a bargain?  With legal costs and stamp duty, by my calculations, she has just made a loss of around £57,000. I imagine she is betting on a rising market which sounds scarily familiar to those heady days of pre-2007.  In the rest of the auction, there were one or two bargains in less loved areas that I am keeping an eye on, so I left with some hope.

Later I spoke to a friend who is a search agent and he told me that he has just secured two flats in Camden, North London for clients:  a one bed at £625,000 and a two bed at £850,000.  We were both astonished at these prices.  A cleaning contractor in Newark-on-Trent  that I use for my flat up there once described London as “another planet” and I can hear his dulcet tones now.  We seem to be in bubble territory in the capital whilst prices outside of London and the South East are still being resuscitated.  And what’s particularly interesting is the froth that auctions are generating, especially as they are often a precursor to trends in the broader private treaty (estate agent) market.

So what does all of this tell us about the current state of London’s housing market.  Lack of supply is the key phrase.  There is a lot of pent up demand: more people have access to finance now and  there is increasing confidence in the economy.  Most of the properties we’re seeing are coming from a smattering of distressed sellers and the timeless flow of probate, flipping and repossessions, more often seen at auctions.  I detect a popular myth that interest rates are going to rise imminently and some people think that prices are now going to surge, causing mild hysteria.  I’m pretty confident interest rates won’t move for two years.  In November 2013, BBC Chief Economic Correspondent, Hugh Pym, reported predictions that unemployment will not drop to 7% until the end of 2015 and we know that only then will the Bank of England consider raising interest rates.

So when will the shortage of supply ease in London?  I think the general public has seen prices rise sufficiently across London – and not just in the overseas dominated prime central area – to be persuaded that the market really is rising.  For many, the time probably feels right to cash in some profit by selling and climb another rung up the ladder before prices get beyond their reach.  This points to an increase in supply in Spring 2014, traditionally a time when sellers and buyers come out of the woodwork.  Ironically the increase in supply should ease prices a little and help avoid a bubble.

I am still left with a puzzle.  Why would you buy a one bed flat for an effective price of £224,000 at auction when you could have got one for £190,000 from an estate agent?  Was it that the buyer was naive and hadn’t done her sums?   Maybe supply was so short that she was willing to buy at any price.  One thing is certain, she was driven by a palpable level of excitement in the auction room.  We are in a rare phase where auctions in London have become the most expensive place to buy.  I might end up doing something I promised myself I’d never do again: buy from an estate agent.