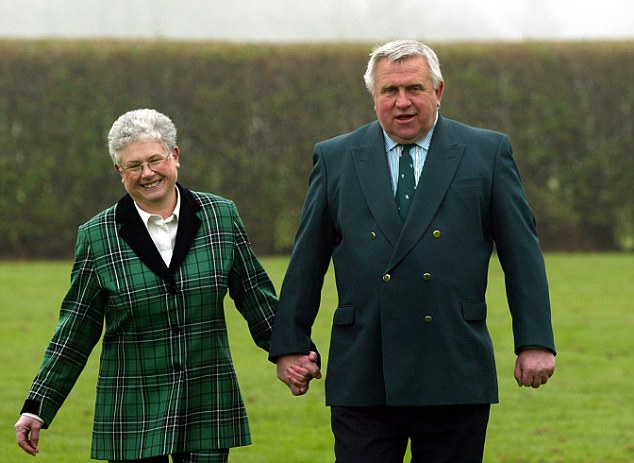 The National Landlord’s Association announced in December 2013 that half of landlords say they will not consider letting to tenants on benefits:  52% according to its latest landlord survey.  Three years ago 46% of landlords let to tenants on benefits, this has fallen to 22%.  To those of us in the business this was not news, but since Sky News broke the story, there has been considerable press interest.  This week Channel 4 News ran a piece on major landlords (pictured), Fergus & Judith Wilson’s decision to evict all tenants on housing benefit, presumably by serving no fault section 21 notices.  This scandalous story has brought into sharp focus rent levels, government welfare reforms and the balance of power between tenants and landlords.  Landlords evicting tenants on benefit has become a hot topic.

The government originally estimated that 40,000 households would be affected by total welfare caps introduced in 2013 which limit families to £500 and single people to £350 of work related benefits per week.  The actual figure is lower than expected and last week was revised down to 31,000.  Only two of the local authority areas most affected are outside of London, namely  Birmingham and Manchester.  In East London where I am based, Tower Hamlets was originally told that 1400 households would be affected but this figure is actually 568 of which 154 are in the private sector.  Neighbouring boroughs like Hackney and Islington report similar figures.  What is startling is that these families face an average shortfall of £78.76 per week or £341 per month.  That quickly mounts up to a serious level of arrears with a tenant who likely has no other source of income.

Local authority officers are making incredible efforts to help.  Housing Options staff have created multi agency teams with job centre, social services and other colleagues  to provide intensive support.  The first option is to try and help tenants get 16 hours work or more  as this exempts them from the cap.  They also investigate whether the tenant is eligible for disability related benefits, also exempt, though the application process can take up to six months.  If neither of these options bare fruit, the tenant can bid for a social tenancy – in London extremely hard to come by, look for an affordable PRS property or stay put until they are lawfully evicted.  That will class them as homeless and the local authority will then have a duty to house them, probably in temporary accommodation.

There is a political consensus that paying benefits of more than the national wage is untenable and we all believe those who can work really should try to.  But we should recognise that the system created these scenarios by allowing people to live on high levels of benefit, that many people need a lot of coaching and help to improve their employability and to create such conflict and anxiety in our communities in such a short period of time is brutal.  The DWP may change its rules in a flash, but tenants need time to change their lives and landlords,  including housing associations and local authorities, are faced with a huge shift.

Arrears in the benefits sector are not new.  They began with the introduction of Local Housing Allowance in 2008 coupled with new rules requiring benefits to be paid directly to the tenant.  This was part of the then Labour government’s responsibility agenda, encouraging tenants to budget and take responsibility for their own income.  Some coped well and with dignity.  More vulnerable tenants struggled and arrears rose sharply.  Universal credit will continue this trend, except payments will be made monthly.  So claimants will receive one lump sum and will need to pay their rent out of it.  If it is capped, there will be a shortfall and the choice will be between food and rent.

So why are landlords deserting the benefits sector?  Of the 1.5 million landlords in the UK, many thousands specialised in this area, providing a valuable resource, particularly in areas with high levels of unemployment.  In the past 12 months, 7 out of 10 landlords letting to tenants on benefits have arrears, with more than £3,000 owing.  Where rent shortfalls are low, £20 or so per week, some local authorities have offered landlords direct payment as a tenancy sustainment incentive.  But the figures show that in many cases the shortfall is much greater.  However much of a social conscious my NLA colleagues and many landlords have, we are ultimately running a business and have mortgages and other overheads.  So ending the tenancy may be the only solution.  Typically landlords will have to wait until the bailiffs arrive and face even higher arrears as local authorities, mindful of their own scarce resources,  advise tenants to stay as long as possible.  But eviction must be a last resort and certainly not a policy applied to a whole category of tenants regardless of their payment history.  We need the government to extend discretionary payments to give affected families more time to work through their housing options.  The costly alternative is providing these families with temporary accommodation and that makes absolutely no sense for their welfare or the UK deficit.