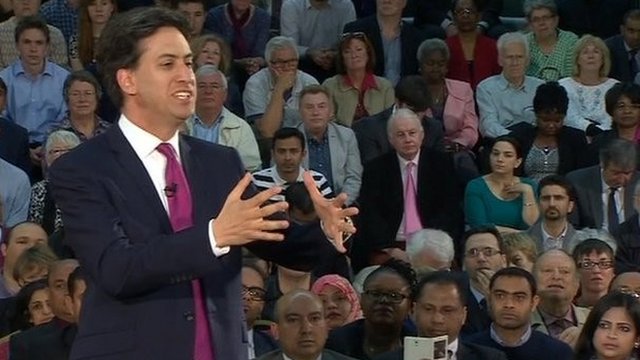 Labour leader Ed Milliband announced a change in Labour Party policy today in a London borough where I rent two properties, Redbridge.  The proposals turn previous policy musings into concrete manifesto ideas, most notably the idea for a national register of landlords in England.  I was sad to hear Ed speak in favour of local authority licensing schemes, now championed by many Labour authorities, his reference to them as registers shows he fails to understand the complexities of this area of policy.

After extolling the virtues of five year tenancy agreements in their PRS policy review in December 2012, the Labour leader has settled for a default three year AST which will probably mirror arrangements in Northern Ireland where agreements are initially for six months.  Other proposals include indexation of rents and a ban on letting agent charges.

It was the lengthening of ASTs and rent controls which grabbed the headlines.  Ed Milliband argues that one million families and two million children in the PRS deserve more security of tenure.  Of course what landlords want are for their tenants to stay as long as possible and the average tenancy is two and a half years anyway.  Four out of five tenants say they are happy with the length of their tenancy and most tenancies are ended by the tenant not the landlord.  The Labour party and Shelter argue that  landlords hike rents and evict tenants with section 21 notices if they object.  This is why they want to control rents by pegging them to an index once the market rent is agreed at the start of the tenancy.  Have you ever forced your tenants out for a higher rent?  Most of my tenants stay for 2 to 3 years, I review the rent bianually and, if I increase it, I do so modestly.  The Evening Standard  responded in its leader column by arguing “in the present environment, with rents soaring in London, the move is likely to win popular support.” Although rents rose by 7.9% in 2012 in London, they rose by only 2% in 2013 and estate agent Chesterton Humberts reported last week that rental yields have declined in 9 out of 10 cities with large private rented sectors like London, Sheffield  and Manchester.  Soaring rents is old news, but the hyperbole continues to be used to create policy.

What impact might longer ASTs have on the housing market?  For landlords like me who are in business for the long haul, it could be quite positive, unless I get a tenant that doesn’t work out.  Then we would be stuck in an unharmonious relationship for 3 years.  Certainly landlords would want to carry out very rigorous checks and I suspect that we might see the return of licenses to try and get around these market averse rules.  Two thirds of PRS homes are rented by landlords with just one or two properties, often because they move for work temporarily or go to live abroad.  Will they want to commit to three years?  I fear we will see a huge increase in empty properties, I have seen it in cities like Madrid when minimum contracts were for five years.   Most of our buy to let mortgage terms stipulate that contracts must be no longer than 12 months.  Is the Labour party going to change all of these contracts?  Institutions that were considering moving into residential letting will surely think twice now and many landlords will be put off from buying more properties, leading to a reduction of the PRS.  Labour are planning 200,000 new homes, which is fantastic, but will they manage to deliver this?  We know that in London developers deliberately drip feed new supply so as not to suppress prices.

On to the issue of rent caps: the housing market is cyclical and rents rise and fall according to demand and supply in particular areas.  With indexed rises, it seems rents will go up every year regardless of what is going on in the market.  The reality is that over the long term, rent rises are lower than the CPI measure of inflation, so rents actually fall anyway.  My policy to reward good tenants by keeping the rent the same will actually be disallowed.  Landlords will be incentivised to move tenants on after three years to get back to a market rent and we will see the return of the sitting tenant, with landlords reluctant to invest in their properties.  One landlord told me today that he has asked his lettings manager to make sure all rents are increased to a market rent before the changes come in, assuming Labour or the Lib Dems come to power.

On the subject of letting agents, 81% of tenants say that they are upfront and transparent about fees.  If agents cannot charge fees they are likely to increase their charges to landlords and that could put upward pressure on rents. A compulsory register will lead to the collection of data on 9 million properties in the UK.  Surely intelligence led enforcement by local authority staff getting out of their offices and finding criminal landlords would be so much more cost effective.

This announcement by Labour, albeit panned by most property experts, is very worrying.  Lenders, institutional investors and landlords across the UK will be thinking hard about their future and making contingency plans.  The Labour Party has been fed policy by Shelter and adopted it with little thought for the consequences.  Shelter does excellent work supporting tenants who have difficulties in the social and private sectors, but all they hear are the problems.  Nobody ever calls their advice line to tell them how fabulous their landlord is.  For a major political party to create policy based on the negative minority is an affront to the many hard working landlords I know who pride themselves on running innovative businesses and creating excellent homes for their tenants.  We need our policy makers to create policy that builds on good practice through accreditation and landlord engagement and working out why local authorities are failing to bring bad landlords to book using their existing powers.  This feels like short termist, populist policy, what we need are long term solutions.  The 1.4 million UK landlords and our 9 million households deserve a more balanced, intelligent and responsible approach to long term housing challenges.