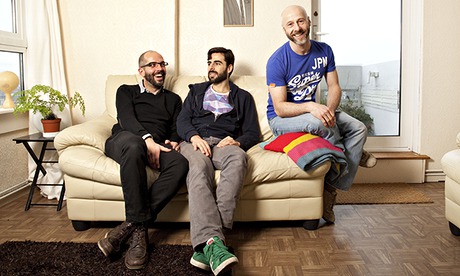 Last week I took part in a debate on the new TV channel London Live.  25 year old Alice Carder had made a documentary ‘No Place Like Home’ which charted the plight of young Londoners trying to find housing they could afford.  One important option is house sharing.  Many of London’s 300,000 landlords provide good quality housing for sharers who sign a joint tenancy agreement and share the rent.  Sensible lenders will also provide buy to let mortgages where there are up to four people on the tenancy agreement.   Alice lamented the fact that many young people are being pushed into Zones 3 and 4.  I rent a 4 bed house, I told her, in zone 2 Lewisham for £1,600 per month providing affordable accommodation for the four working young women who live there.  This type of property plays a crucial role in London’s housing offer, yet a number of boroughs are now banning landlords from letting to sharers.  Fellow panellists on London Live were amazed when I told them this and that the government either don’t care or are oblivious.  Worst still it is a policy created by the last Labour government in its dying days that continues to be supported by the current Labour leadership.

If you buy a property in Newham, Barking & Dagenham, Waltham Forest and Enfield and want to let it, the local authority has banned you from letting it to sharers through an Article 4 direction.  Never heard of Article 4?  That’s the problem, most people don’t understand, journalists are baffled and most politicians don’t have a clue.  So borough after borough is introducing this ban and soon landlords will be banned from letting to sharers across whole swathes of London.  Only landlords who had sharers prior to the ban coming into force can continue to let to sharers.  And should they let to a family, they will lose their right to let to sharers in the future.

How have we got to the astonishing situation where local authorities can enforce discrimination between the housing of families and single people?  Councillors argue that they must preserve family accommodation.  In theory landlords can apply for planning permission to let to sharers.  But planning policy is to refuse permission.  So gradually the number of properties in each of these boroughs that can be let to sharers will diminish. Neighbouring boroughs will introduce a ban for fear that they will be overwhelmed with sharers.  In ten years time, the press will be full of stories about the lack of supply for young professionals, students and other single people in London.

Household formation outstrips housing supply by 3 to 1.  London’s population is projected to increase by £1 million in the next 10 years.  How can we allow local authorities to distort the market and ration a service that is in huge demand?  As a businessman I am stunned that free enterprise can be strangled in this way.  As a housing commentator debating with the panellists on London Live, I want to shout about this from the rooftops and get government to wake up and take these powers away from local authorities.

An agent told me yesterday that Newham had forced a landlord to evict his tenants because they were sharers.  He must house a family, even though most of the rooms have ensuite bathrooms and the property is configured for sharers.  I hope Newham tries to force more evictions, because that will probably be the only way to get this story into the media.  I don’t want anybody to be made homeless.  This policy prevents good landlords from providing good value accommodation that London desperately needs.

A few people have asked me for the latest list of licensing schemes in London.  The four boroughs I have already mentioned have proposals for borough wide schemes, obviously Newham is in force, Barking & Dagenham begins in September 2014 and Enfield and Waltham Forest schemes are expected to start in April 2015.  All include additional and selective licensing schemes except Waltham Forest which is just selective licensing.

Southwark is the latest borough to announce proposals for a scheme.  I attended a focus group last week and we learned that the proposal is to introduce borough wide additional licensing and selective licensing across arterial routes like Old Kent Road and Walworth Road.  Council officers expect about 6,000 properties to be brought into additional licensing and about 1,000 properties to be brought into selective licensing.  Unusually the charge will be per bedroom, per annum.  The proposal is around £50, so the annual charge for a 4 bed house would be £200 per year equivalent to £1,000 for 5 years.  This is much higher than other London schemes which range between £150 and £575 if early bird discounts are taken into account.  As NLA representative, I made the case against.  The local authority’s strongest argument is that they cannot ban unsuitable people from being landlords and repeated enforcement against individuals doesn’t get to the route of the problem.  Regrettable as Southwark’s decision is, there is no plan for an Article 4 direction and their strategy is more intelligent than the approach of east London boroughs with their copycat borough wide schemes.

The combination of Article 4 directions and additional licensing creates a complete stranglehold on letting to sharers and allows boroughs to control the use of a large swathe of housing stock, especially in London where we have many streets of terraced houses.  It’s a grotesque big brother manipulation of neighbourhoods and sees local politicians taking far too much control, especially with borough wide schemes.  For me this is a question of democracy, it is akin to housing gerrymandering.

Other boroughs bringing in schemes are Brent – but just in three wards, Ealing & Haringey have smaller schemes and  Kingston already has borough wide additional licensing.  I carried out an analysis of election manifestos of winning parties and we may see more schemes in Ealing, Hammersmith & Fulham, Redbridge, Hackney and Greenwich.  Even Islington, where officers described licensing as an unnecessary data gathering exercise, have licensing on their landlord forum agenda on 24 July 2014.  I am now firmly in favour of a light touch national register per landlord, not per property.  That way rogue landlords can lose their registration and be stopped.  Current policy of licensing and article 4 is stopping good landlords from developing their businesses and providing housing that London needs.