Is It Time For A National Landlord Register? 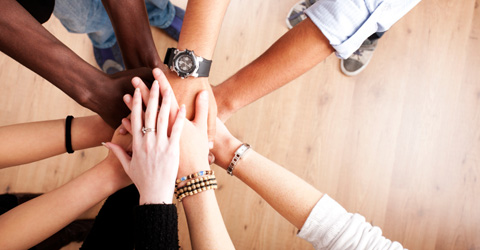 It is busy on the landlord meetings circuit in London at the moment,  I’ve been doing the rounds across the East London boroughs I look after for the NLA.  Two weeks ago, I was at a very positive meeting in Hackney where cabinet member for housing, Cllr Phillip Glanville attended the whole meeting.  He is sensible and approachable and in our obligatory licensing chat,  he assured me it was an option, no definitive decision had been taken and we should meet to discuss further.

Not so at Redbridge, the Chief Housing Officer had asked me for a conference call and confirmed the worst:  politicians are proposing borough wide selective and additional licensing, subject to Cabinet approval on 11 November 2014.  The one saving grace is no Article 4.  I was very grateful that staff had had the courtesy to call their NLA Rep and inform me, but very angry about the ambush approach.  I’d been asking to speak to politicians and run a  joint landlord meeting with them since the May elections.  They announced the scheme one week before cabinet will approve the start of a 12 week statutory consultation period – over Christmas of course.  Officers have already earmarked April 2015 for final approval and implementation.  I agreed to organise a focus group of landlords and a larger open forum landlord consultation meeting.  The council needs to be seen to be consulting with landlords and I am minded to scupper their plans by walking away.  We all know that it’s better to be at the table than carping from the sidelines, so I made a speech at the cabinet meeting where the consultation period was approved.  They allow only two minutes, by the time the clerk had rung the bell, members were in no doubt about the NLAs opposition to this ridiculous scheme.

A quick summary of the arguments against licensing: Redbridge is the fifth northeast London borough to adopt borough wide additional and selective licensing, meaning a whole swathe of the capital will be licensed.  This is of course an abuse of legislation that was intended to deal with anti social behaviour (ASB) in targeted areas, as a last resort.  As usual the evidence is contrived to blame the private sector for ASB and of course all the good landlords will register leaving the local authority to find the bad ones.  Redbridge staff are good at enforcement and should be allowed to focus on an intelligence led approach.  But politicians, keen to posture to the public as being “tough on landlords” and not wanting to be seen as less tough than neighbouring authorities, are congealed in their dogma.  The cabinet member for housing told me, “all the other boroughs are doing it so we have to,” that’s the level of sophistication in their political argument.  Out of 21,000 landlords licensed in neighbouring Newham, only 20 have been found to be not fit and proper and Newham spends £3m on enforcement.  Redbridge has not earmarked any additional funding.

I’m glad I attended the meeting, the leader of the opposition and shadow housing cabinet member are keen to work with me.  I’ve also been in touch with Gavin Barwell MP who is fighting licensing in Croydon.  He is trying to persuade the secretary of state to change the law to stop local authorities introducing these harebrained schemes.   Most of these local authorities have huge majorities and there’s little the opposition can do: my faith in local democracy is at an all time low.  I am convinced that we need to work on central government and I shall be trying to talk to Ian Duncan Smith who is one of the Redbridge MPs.

The focus group in Redbridge was fairly constructive and much of this was down to the competence of senior housing staff in the borough.  This was in sharp contrast to a tense and frustrating meeting in Camden’s fabulous new council headquarters at St. Pancras.  Another borough where members are trying to “keep up with the political Jones,” this time the most Camden can argue for is borough wide additional licensing.  As one of the three boroughs in the UK likely to be most affected by the mansion tax, this is a borough with HMOs scattered across many different wards  and the argument for licensing is very thin indeed. Staff have certainly swallowed the argument and were given a deservedly rough time by property organisation reps that were present.  Let’s hope one of their wealthy landlords launches a Judicial Review, if it will succeed anywhere, it has to be in Camden.

Dave Princep from the RLA was at all of these meetings, we are both trying to be constructive but are close to the point of despair.  He brings substantial technical expertise to the table and as Environmental Health Officer points out the pitfalls of including section 257 HMOs in licensing and unpicks impractical proposals to inspect all properties.  Barking & Dagenham’s commitment to inspect all properties after receiving 11,000 applications has left them with a huge backlog.

David and I discuss the merits or otherwise of a National Landlord Register in England, both aware that our respective landlord associations are opposed.  Could a register be the lesser of two evils?  John Daley, architect of Southwark’s proposed licensing scheme, said that the problem with existing enforcement capability is that he sees the same landlords appearing in court over and over again.  Licensing, he says, would enable the council to stop that landlord from letting property in the borough.  I agree that taking away the right to let would be a useful power to use as a last resort and a National Landlords Register could be the right tool to achieve this.  I think the key is that it must be light touch and centrally administered as proposed by the Rugg Review of the Private Rented Sector in 2008. The register would include the name and official contact details of the landlord and shouldn’t need to cost more that £30.  The landlord could self certify as ‘fit and proper’ and the administration body would carry out criminal record checks.  The landlord would hold a registration card and number and lose it if he/she is not deemed fit and proper through enforcement action or criminal activity.  If they lost their registration their properties would have to be managed by an agent as currently happens with selective licensing.

For me, there would be two deal breakers with registration.  I would not want it be administered by the local authority – let them focus on enforcement and keep some of the fines as an incentive.  The second dealbreaker is that there should not be a publically available list of rented properties.  I am happy for the relevant authorities to have access to this data for enforcement purposes.  There could be an online system where landlords submit an annual review updating their property list, as with Companies House annual returns.  Open access to rented properties is a security risk and allows agents to mine data and steal clients.  I have no fears of HMRC accessing the data as landlords should comply with tax legislation and good landlords would have nothing to fear.

The registration database could be really useful for increasing accreditation.  The card could state whether the landlord was accredited and this could be revoked if they broke the rules of the accreditation scheme.  I am also in favour of tax incentives for accredited landlords as proposed in the Resolution/CIH report ‘More Than A Roof’.  In their proposals, accredited landlords could reinvest the profits from the sale of a property and set the costs of improvements as well as repairs against their annual tax bill.  A national register could be the gateway for facilitating accreditation and these tax incentives.  I am increasingly persuaded that as landlords we need to put forward a registration scheme that will help improve standards in the private rented sector without drowning us in bureaucracy and leaving us vulnerable to the anti-landlord whims of some local authorities.