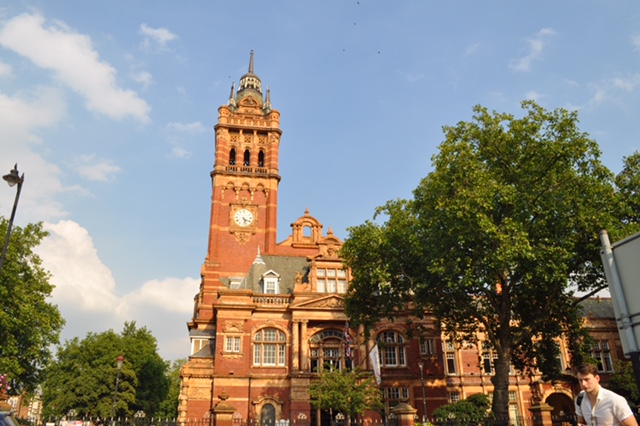 Whenever I tell people who are not versed in the intricacies (or lunacies) of housing policy that four north east London boroughs have banned landlords from letting to sharers, they respond with disbelief.  How can a council be allowed to tell you who you can rent a property to?  And why should they discriminate between people who are related and unrelated.  This little known law was created in 2010, when out-going Labour Secretary of State John Denham created a new planning use class C4.  Sounds very boring and technical I know and this is one of the reasons why it’s been hard to campaign against.  But please stick with me. He wanted to prevent studentification – or the proliferation of student houses – in his Southampton Itchen constituency.  The new class C4 is a house with 3 or more unrelated people, with 2 or more households living in it. Denham gave local authorities the powers to ban such use.  He may have intended that boroughs ban these properties in particular areas, but four opportunist adjoining north east London boroughs have banned shared use borough wide.  Now across a population of half a million people only existing shared houses can be let to sharers.  All other rented houses must be let to families.  These boroughs are Newham, Waltham Forest, Enfield and Barking & Dagenham.

As with all blanket, poorly targeted policies, this is having an unexpected and probably unintended impact.  I raised a whole host of such issues at the Newham landlord focus group last week.  The meeting was attended by Planning Policy & Enforcement Manager, Christine Lyons.  She is charged by councillors to enforce the policy and is assisted by Newham’s licensing scheme which requires all let properties to have a license to house either families or sharers.  A landlord who pays £500 to request a license for sharers is automatically referred to planning and their application is then, after due consideration, rejected.  He or she must then pay a further £500 for a license to let to families.  Christine Lyons says that the council is determined to conserve as much housing for families as possible.  She says that terraced houses with gardens, typical of suburban London streets are a valuable resource.  But I put it to her that the council’s policy was having a number of unintended consequences.

Firstly, Newham is one of the few London boroughs in London where there is extensive new development taking place.  Are contemporary blocks in Stratford, Royal Victoria Docks and on the site of West Ham football ground suitable for families?  She argues that planning requirements are that they are a mixture of 1, 2, 3 and 4 bed dwellings.  One beds are for singles and couples, 2 beds for 2 sharers and the 3 and 4 beds are intended for families. So the council’s vision is that people should only share with one other person, otherwise they must live with relatives.  Many of these properties are being bought by overseas investors and I very much doubt that they fully understand the limitations of who they can let to.

I then put to Christine a number of cases that had been put forward by an established and reputable letting agent in Stratford.  One of these cases was a couple who were moving to work abroad and wanted to let their substantial four bed Victorian house close to West Ham Park.  They were expecting to rent to four professional sharers and were shocked when the agent explained that the council will only permit them to let to a family.  The reality is that most families could not afford to rent this property in a prime area of the borough.  Christine’s response was that the rent will have to be lowered to make it affordable.  But this would make the proposition of renting the property unviable as the landlord needs to pay her mortgage, licensing costs etc.  The council’s policy in effect is trying to buck market forces and reduce rents but will simply result in a reduction of supply.

I have recently let a three bed house in Manor Park, a relatively run down part of the borough which the council is keen to regenerate.  I bought at auction and spent £50,000 modernising the property to a very high standard in the hope of getting a good tenant.  My ideal tenants would be a working couple with 1 or 2 children or 3 sharers.  I had some excellent applications from MA Business students on their placement year and three professionals currently living in up and coming Forest Gate.  Because of the council’s policy, I had to take an applicant group who were related.  The best related applicant (of many who were unsuitable) was a couple with a one year old child and two cousins.  But in a detailed interview, I discovered one or both of the mother in laws would be moving in at a later date to look after the child, one of the cousins had just separated from their wife and she might move back, and another family member from their country of origin would be popping over from time to time.  This is not my kind of tenant and I put it to Christine that if the borough wants Manor Park to regenerate, it needs landlords like me investing in the area and bringing in professionals from neighbouring Forest Gate.  I put it to her that the council’s understanding of a family was a 2 parent, 2 child fantasy.  Incredibly she said that was the council’s vision of a family unit, as in her home neighbourhood in Brentwood.  She simply doesn’t understand the types of family units that are able to afford East London rents are low income extended units of up to 8 people that may not help to regenerate neighbourhoods in the borough.

Properties let to sharers are known as HMOs (houses in multiple occupation).  In Newham, council officers regularly carry out dawn raids on privately rented properties suspected of licensing irregularities.  They make an arrest at 1 out of 2 HMOs they visit, around 85% of the 500+ arrests in the past 2 years have been for immigration offences.  As officers only deal with problem cases I put it to them that they have a distorted view of the sector and they had some sympathy for this view.  The legal definition of an HMO is also problematic.  It assumes people are renting a lockable room in a shared house and share facilities, they don’t necessarily know one another and there is no sense of community in the house.  Like many landlords, in some of my houses I rent to a group of working people who know one another and share the house as a family might.  This is a very different management proposition from locked rooms and anonymous shared spaces and I believe it is wrong to categorise these properties in the same way.

Shared houses are an important source of reasonably priced accommodation for people in their 20s and 30s who may be moving to the capital for work or study.  I was contacted by a landlord recently who said he was interested in making a case that the council’s policy is ageist because it treats younger people less favourably.  I support this argument.  There is the risk also that the policy is so out of touch with what’s actually happening in the market place and its requirements as to whether you are related or not are so absurd that even good landlords will not want to comply and we risk forcing them under the radar.  Russell Moffatt, Newham’s Private Housing Manager said that such offenders would be caught and enforcement action would be taken.  But I believe officers are at risk of creating policy based on the problem end of the sector that ultimately suppresses good practice.  Christine Lyons said she gets 45 complaints a week from landlords about this policy.  In their complacency, officers see this as vindication that it is forcing change.  For me this shows the policy is not only unfair, discriminatory and dogmatic but it is at odds with the market place and what Londoners need.