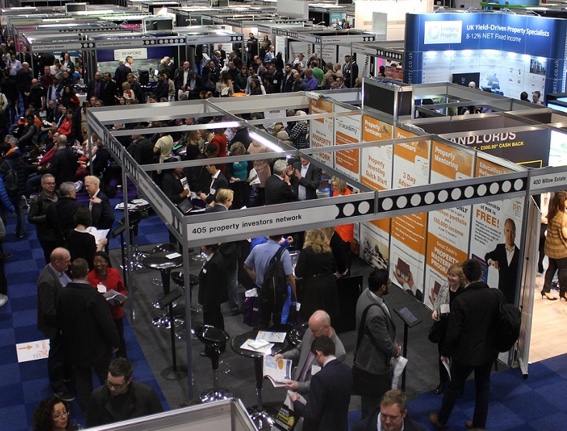 I spoke to many landlords at the recent Property Investor Show at Excel in London.  Here are what I think are the top ten challenges facing London landlords:

NLA research has found that landlord confidence has fallen to a level lower than it was during the 2007/8 crash.  19% of landlords say they will sell a property in the next 12 months.  This is because of the tax changes brought in by the Chancellor in his last 3 budget statements. Mortgage Interest relief is going to be restricted to the basic rate of tax phased in from 2017.  The 10% wear and tear allowance for furnished properties has been abolished and dividends withdrawn from companies – which many landlords use to manage their businesses – will be taxed over £5,000 from this year, in 2015/16 the threshold was £42,365.  Anybody buying a second or additional property will also pay a 3% stamp duty surcharge.  40% of landlords are considering setting up a limited company, but should beware hefty tax implications and costlier mortgages.  According to Savills, only 31% of landlords have mortgages, so arguably two thirds will not be affected by the mortgage interest relief changes.

Prices have fallen by 10% in London’s most expensive districts since 2014.  Sales volumes have fallen substantially.  International investors have been deterred by the introduction of Capital Gains Tax on foreign buyers, the abolition of slab style stamp duty in 2014 which made purchases over £1 million much costlier and fluctuations in sterling.  The new 3% stamp duty surcharge is a further deterrent.  There is a concern that falling prices in prime central London could ripple out to other parts of the capital and indeed the rest of the UK.

Savills expects house prices to rise by 1-5.5% in London this year, depending on the area.  Over 5 years it anticipates good capital growth across London: 20.4% in Prime Central, and 15.3% in other areas.  Buy to let lending surged by 65% in the first quarter of this year as landlords tried to beat the 1 April 2016 stamp duty deadline.  Will prices now soften as demand from buyers declines?  The prospect of Brexit is causing some stagnation and the Bank of England’s proposed regulation of Buy To Let mortgages piled on top of the chancellor’s tax changes could trigger a housing led recession.  Many investors think now is not a good time to buy, best to wait and see at least until the Autumn, so we have the EU referendum result and can assess the impact of tax changes.   If prices start to drift down, there could be a buying opportunity.

Article 4 planning directions forbid landlords from letting to unrelated people, unless the property was already let to unrelated people before the direction was in force.  If you buy a property in Enfield, Waltham Forest, Newham, Barking & Dagenham and the eastern half of Haringey you will only be allowed to let to a single family.  This policy is exacerbating London’s housing crisis by denying young people affordable house share style accommodation.  HMO landlord’s need to adapt their business model to ensure they buy properties in areas that do not have restrictions.  If you already have a property in the aforementioned boroughs let to sharers and you let to a family, you will lose the right to let to sharers again.

Landlord’s right to use a no fault section 21 notice to end a tenancy is increasingly coming under threat.  When you issue a tenancy agreement make sure you have given the gas safety certificate, energy performance certificate, deposit protection certificate and government How To Rent guide to the tenant, so that you retain your right to use a section 21 notice.  We have seen an avalanche of new regulation over the past year including compulsory fitting of smoke alarms, right to rent immigration checks and tenants right to request energy efficiency improvements.  Selective licensing – where individual boroughs choose to impose licensing on privately rented properties – has also spread to 17 boroughs. Over 60% of landlords don’t realise they must provide tenants with the How To Rent guide.  Many run the risk of falling foul of changes in regulation, joining a landlord association like the NLA or RLA is the best way to stay informed.

The Election of Sadiq Khan as London Mayor on 5 May 2016 raises a number of questions for landlords, who make up 5.2% of the electorate in the capital.  In his election wishlist, he said he wanted to encourage local authorities to introduce licensing – opposed by some 70% of landlords in most London consultation exercises.  He said that a percentage of newbuild should be set aside for Londoners which could be a further barrier for international and possibly UK investors.  The proposed London wide lettings agency is to be welcomed if it will assist in the secure placement of vulnerable tenants and people on benefits into the private rented sector, but the details of how it will work are very sketchy.  Another mystery is if and how Khan’s London Living Rent will materialise – will it be an ambition for the social housing sector or will he seek powers from central government to cap rents in the private sector.  Khan claims he is business friendly and wants to be a mayor for all Londoners, how landlord friendly he will be remains to be seen.

7. The Spectre Of Rent Control

According to research by pollster Survation, 64% of London renters in the PRS say they support rent control and politicians and policy makers are increasingly proposing this as an option.   The 2015 Private Housing (Tenancies) Act in Scotland has not only abolished no fault, section 21 style ending of tenancy agreements, but has also limited rent increases, albeit sensibly to one per year, but more worryingly introduced the prospect of rent pressure zones.  These could be brought in where a local authority believes that rents are rising too quickly and permission is sought from the Scottish Housing Minister.  Labour & Green party politicians have all advocated rent control.  In November 2015, Sadiq Khan said he wanted devolved powers from central government to introduce them in London, and Jeremy Corbyn’s leadership manifesto advocated rent control and a return to mass council house building.  The London Assembly Housing Committee’s hopelessly biased report ‘At Home With Renting’ (March 2016) recommends annual indexed rent increases and trots out the usual demand for 3 year tenancies, even though the average tenancy already lasts 4 years.  In the past, rent control caused the private rented sector to shrink to 9% (1992), it currently stands at 19% of UK housing.

My minimum criteria for buying property to let has been a 6% rental yield.  Research from estate agents Portico shows that this was possible in 15 London boroughs in 2012.  By 2015 only one London borough showed yields of between 5 and 6%, with 8 boroughs showing between 4 and 5% and whole swathes of London yielding less than 4%.  Return on investment has been attractive in London in the past because of strong capital growth.  It is now going to be increasingly difficult to make a profit in London when we factor in the new taxes.  So the adage going forward is more selective, carefully targeted investment, ideally in areas of infrastructure improvement, especially if the housing stock is currently unloved and the local community is a little down at heel.

Subletting is becoming a growing problem in London.  Landlords let their property to a family of four, only to find that several additional relatives move in and the headcount becomes eight or more.  Or sharers move in partners and friends.  Other landlords fall prey to unscrupulous rent to rent merchants, who rent their 3 bed, 2 reception property on one contract and then re-let 5 rooms to individuals.  The RLA also estimates that 15% of properties in the private sector get sublet on AirBnB.  Forbidding subletting in the tenancy agreement is an unfair term, but there should always be a clause that states tenants must seek permission from the landlord which will not be unreasonably refused.  There is no doubt that the shortage of supply and subsequent increase in rents in London has resulted in tenants optimising space to lower cost.  I will often let a three bed house to a small family for a lower rent than to a larger group of sharers for a better management experience.

There are plenty of ways to try and mitigate subletting.  Make sure you use a good tenancy agreement which contains a clause on subletting.  Ask applicants if they intend to sublet when they are viewing and tell them your policy.  Meet tenants at check in for a proper induction where you take them round the property and explain procedures for getting in touch with you regarding repairs.  This face to face contact is important for promoting constructive behaviour.  Make it clear that you will be returning in 3 months time for the first periodic inspection.  Look out for signs of other people having moved in and ask the tenants directly if anybody has moved in.  If the tenant asks your permission for somebody to move in, praise this as good behaviour and say yes if the request is reasonable.  For example I have had tenants ask to move their partners in because they plan to buy somewhere together in the next few months.  Always issue 12 month tenancies with a 6 month break clause.  If the tenant has sublet without permission, this is a breach of the tenancy agreement, ask that the additional people move out, if not you will not be wiling to renew the tenancy.

One London Borough recently told me that of the 350 letting agents in their district, they could only recommend about 15.  There are some great agents around, but as landlords we need to be very wary, only use those which belong to trade bodies like ARLA and UKALA.  Unfortunately many agents are driven by commission and will focus on getting the tenant and earning the commission but then take very little interest in the mundane and less lucrative business of management. Don’t be afraid to negotiate on fees and if you have decent properties that will let easily and you just want a let only service, you should be able to request no renewal fees.  Make sure you agree that before you hand the keys to the agent.  According to NLA research 53% of landlords use letting agents, so a substantial number manage their own properties.  If you do, accreditation and membership of the NLA or other trade body is essential to make sure you are on top of all the legislation and act professionally.  The biggest management challenge in London is maintenance.  It is very hard to get builders and maintenance people who provide quality and reliability at a good price.  You will often have to console yourself with just two of these tenets.  A colleague said to me yesterday that his builder provides great quality work at a good price but is a bit unreliable.  That’s probably as good as it gets.  An increasing problem in London is that skilled tradespeople are not interested in small jobs or will only do them at inflated prices.  This is a sign that the construction sector is booming, a trend which may well change in the coming months.