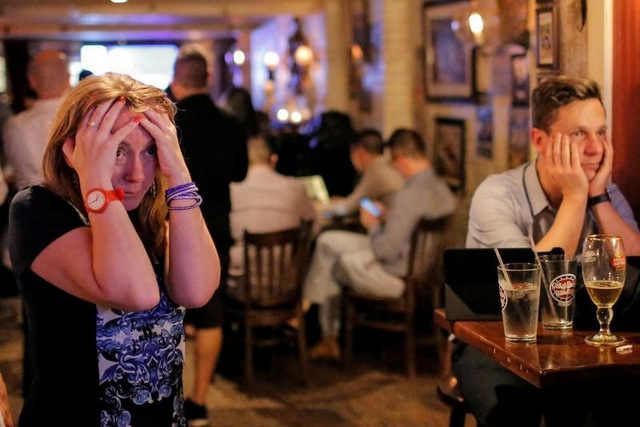 At just over five weeks since the EU referendum, the Westminster village has calmed and one or two senior political figures have even gone on holiday.  A long way from the panorama of hourly breaking news headlines and a stream of political shocks.  I’ve just re-read a blog I wrote called ‘The Mess We’re In’ which included comment on the Conservative leadership contest.  By the time I had written it and was ready to publish, Andrea Leadsom had pulled out and it felt out of date – such was the speed of events.  Damn, I knew I should have published it on the Sunday and not waited till the next morning!  I am now also enjoying a summer break in sunny Madrid and pondering where we’re at in terms of Brexit and the property world.

The appointment of Theresa May as a centrist, lukewarm remainer with her mantra “Brexit means Brexit” has reassured enough people to calm the financial markets.  It has also engendered a mild dose of business as usual across the UK, although considerable uncertainty lurks just below the surface.  The FTSE 100 is in positive territory having reached a new high for 2016 and the FTSE 250 – with its broader spread of mid cap less global businesses has been similarly buoyant, suggesting that future prospects for the UK economy are not so gloomy.  There’s no doubt that a sizeable cohort of the 16 million remain voters have been going through a period of mourning.  According to a Survation poll on 27 June 2016, 1 million leave voters said that they regretted voting leave – and our European partners talk of Brexit being a self-inflicted wound.  But our new PM has been getting on with the job in hand and well publicised meetings with Nicola Sturgeon and EU counterparts Angela Merkel, Matteo Renzi and Francois Holland if nothing else have confirmed that we are now all on a journey out of the EU.  The big questions remain whether the UK will be able to access the single market whilst restricting the free movement of labour to the UK.

What is going to happen to house prices?  The initial indications were worrying.  Many of us heard anecdotal evidence of buyers withdrawing or lowering their offers and EU nationals living in the UK deciding not to buy amidst uncertainty.  Immediately after the referendum, a number of commercial property funds were “gated” after a large number of customers tried to withdraw their investments.  Their fear was that businesses would be less likely to headquarter in the UK and there would be a correspondingly reduced demand for office space.  Commercial property funds need to sell property to generate cash to pay back investors and that’s not something they can do quickly, nor would it be desirable as it could cause a collapse in commercial property prices.

There have since been a number of more positive signals, with Japanese firm Softbank taking over tech company ARM, and GSK and McDonalds pledging to increase their investment in the UK, plus the go ahead for the expansion of London City Airport.  I think talk of City of London workers moving in their droves to Frankfurt is premature.  The much trumpeted passporting problem, where banks regulated in the UK can currently be passported to operate in other EEA nations but would lose this once we Brexit, may turn out to be a red herring.  According to economist Ruth Lea, “the EU already has regulatory equivalence regimes to allow non EEA financial services firms to trade with the EU in a way that is similar to the passport.  Given the UK already complies with EU financial regulations, ‘regulatory equivalence’ should be all but automatic on Brexit.”   The City of London employs over a million people, other financial centres are a fraction of the size and I am sceptical that we will see an exit of workers, organisations and expertise.  All of this is important to the housing market, because the presence of a vibrant City of London has been crucial to house price growth since the deregulation of the capital’s financial centre in the 1980s.

In the first house price data since the referendum, Nationwide reports annual inflation to July 2016 steady at around 5.1%.  House building to June 2016 according to the National House Building Council totalled 152,434, still a long way short of the 250,000 the UK is estimated to need per annum.  Restrictions on supply help to keep prices buoyant.  Nationwide cautioned that the outlook remained “unusually uncertain.” A more alarming portent of gloom is figures released by Foxtons on Friday which reveal a 42% fall in pre-tax profits.  Chief Executive Nick Budden said “we do not expect London residential property sales markets to show signs of recovery before the end of the year.”  The market has also been affected by landlords rushing to buy property before the additional property stamp duty surcharge of 3% came into effect on 1 April 2016, resulting in a sharp fall in activity thereafter.

Latest Bank of England data shows that mortgage approvals have fallen each month since April to 64,766 in June, at their lowest level for a year.   There is no doubt that London estate agents are reporting a notable softening of the market, particularly in Zones 1 to 3.  Prime central London prices have fallen by 10% since 2014, partly thanks to the introduction of Capital Gains Tax on International Investors and Stamp Duty increases on properties over £1m in 2014 and the 3% surcharge in 2015.  Whether the sharp fall in the pound will encourage international investors to invest in London property again remains to be seen.  Some argue that Britain’s exit from the EU signals ‘Peak London,’ with the capital city losing some of its appeal as both an English speaking global hub as well as a gateway to the EU.  Amidst all of this, Buy to let lender Paragon said that its lending was up by a fifth to June 2016 and reported pre tax profits up by 9% to £109m.  It remains optimistic about increasing market share, possibly because it expects landlords to look to specialist lenders for limited company mortgages.

The big question is whether the UK will tip into recession and indeed whether this could be another housing led recession?  Although the falling pound deters consumers from travelling abroad, it helps exports and encourages inward investment – provided businesses are not too worried about the future relationship with the EU that is.  Many point to intervention by the Bank of England when the MPC meets this week to decide on interest rates.  August is one of the key months in its decision making cycle because it can refer to its quarterly inflation report.  Many commentators expect further quantative easing or a reduction in interest rates.  But both measures are problematic.  QE tends to help markets and doesn’t reach consumers.  With bank base rate currently at 0.5%, it is difficult to imagine rates falling any lower than 0.25% and this is unlikely to make much of a difference to consumers.  It could be seen as a panic measure.  The Bank may well have its eye on consumer confidence which has suffered its steepest decline in 26 years according to the GfK barometer.  A cut in interest rates could indeed encourage more consumer spending, but it is also likely to lead to a greater fall in the pound.  There is no doubt that we will be in a low interest rate environment for at least another two years and it continues to be a fantastic time to remortgage if you can fit lender’s criteria.  Whether a cut in interest rates will support a housing market, where many would be borrowers continue to struggle to get finance, is questionable.

At the beginning of 2016, the National Landlords Association forecast that landlords would sell 500,000 properties over the forthcoming 12 months.  I have heard plenty of anecdotal evidence over the past 12 months that landlords are considering selling up, reducing their portfolios and certainly not expanding.  If house price falls start to unfold in the next few months are we likely to see the new chancellor Phil Hammond retreat from George Osborne’s tax increases on landlords?  Certainly Theresa May implied in her brief leadership campaign that tax increases that held back business might need to be reviewed.  Sadly the government doesn’t tend to view landlords as businesses and handing money back to them could be politically unpopular.  The partial withdrawal of mortgage interest relief for landlords was meant to fund the building of affordable homes.  But if house prices are falling and construction is in decline, we could see a very different landscape.  Repeal of the tax changes is certainly possible and could act as a stabilising factor in the housing market, maintaining the size and availability of privately rented housing stock and stemming the possible sale of properties by landlords.  We will have to wait until the November Autumn statement to find out for sure, though it could well be brought forward.

So is now a good time to buy?  Property is a cyclical market, prices rise and then fall.  The last cycle came to an end in 2008 and I think we are probably closer to the end of this current cycle now than to its 2008 beginning.  There may be an opportunity to buy this Autumn as prices dip a little whilst many of us take time to reflect and judge where the market is going.  The key period will be next Spring when we would typically see an upturn in demand, particularly if the chancellor pulls a rabbit or two out of his hat in the Autumn statement.  We may have some inkling of how and when we will be leaving the EU by then and there might have been a general election.  If we don’t see an upturn in Spring 2017, we could be in for a protracted period of flat prices or even price falls.  It’s still far too soon to predict.