The End Of The Labour Party 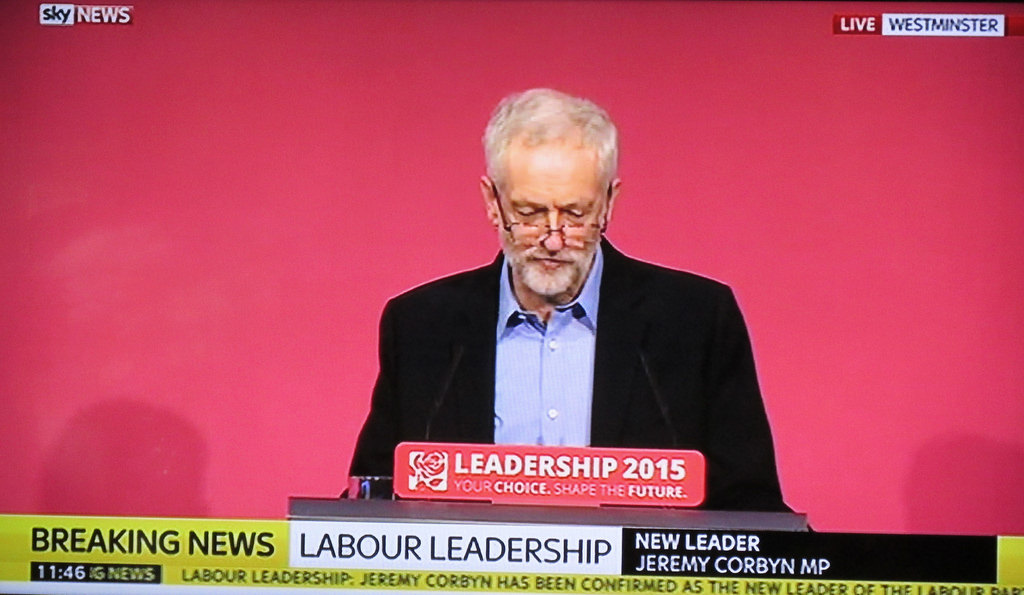 Seeing Jeremy Corbyn and Owen Smith debating at Cardiff last week has left me pretty certain that the Labour Party as we know it is coming to an end.  Some of the current Labour leader’s policies – like his ambition to build 120,000 council houses per annum – are laudable, others like his opposition to Trident and confirmation that as Prime Minister he would never press the nuclear button owe more to dogma and poor advice.

A recent YouGov poll has shown the Tories have a 14 point lead over Labour, confirming most commentators view that in its current state, Labour is unelectable.  It’s a message that forms a key part of Owen Smith’s campaign.  Nevertheless it looks highly likely that Jeremy Corbyn will win this leadership election.  So has the party lost its marbles?

There is no doubt that the £3 registered supporter policy opened the door to a hard left, which had been successfully managed out of the party by Neil Kinnock in the eighties.  But many new members were rejoiners of the Labour Party – Jeremy Corbyn’s politics represented an ideological comfort zone for them, even if it was reheated from the 1970s.  I know a few Corbynistas and I often ask them how they feel about the party.   A friend in her sixties feels politically rejuvenated by Corbyn, another in his twenties feels that Corbyn is the only politician who speaks to issues that concern him.  They both feel that moderates hijacked the party during the Blair years and are appalled at how the parliamentary party undermined him, hardening their resolve to continue their support.  I heard members at the hustings say that they thought the centre was shifting to the left and that Corbyn offers a lot of people hope.   But he speaks to a very large protest group that does not attract enough of the 9.3 million voters who put 232 Labour MPs in parliament in 2015.

Many of Corbyn’s supporters see the last 12 months as Britain’s Podemos moment – the Spanish left of centre party that has won 71 seats in the Spanish 350 seat parliament.  The election of Podemos MPs has split the left in Spain and not only made forming a parliament virtually impossible after two successive elections, it looks likely to keep the Right in power.  Podemos also got seats by virtue of the Spanish voting system.  Achieving such high numbers of MPs in the UK parliament’s first past the post system would be a completely different story.  So believing that simply having faith in a new politics of the left will enable a rebirth of the left like that in Spain is delusory.

The transformation of the Labour Party has been tarred by a classic hard left takeover of the strings of power.  I saw it once myself in a Hackney constituency.  Some courteous, fun, left leaning people turn up from nowhere, then on the day when it’s time for the election of a new chair, enough of their mates – now Labour party members – come along to ensure a new hard left chair is elected.  Once in power access to influential positions by moderates is denied.  That is exactly what has happened with the Labour leadership.  Ironically Jeremy Corbyn has rebelled constantly against the Labour leadership since he became an MP, how the tables have turned.  Another darker irony looms large: The hard left’s apparent commitment to equality does not seem to hold true where other party members are not in agreement with them.  I am appalled by levels of abuse that MPs have experienced and was pleased to have a chance to say this to Jess Phillips MP when she canvassed me recently.  It’s a cliché but extreme ends of the political spectrum have a worrying amount in common.

It is painful watching Jeremy Corbyn & Owen Smith slogging it out, fighting for the future of the left.  This situation is not just the product of very recent events.  Mandelson and Blair’s New Labour project in the nineties may have made the party electable, but it alienated a considerable number of party members.  Brown did not turn out to be the inspirational leader and Prime Minister many in the party had hoped. When the unions helped Ed Milliband beat his brother by a small margin, the fate of the party was sealed.  Many felt that David could have made the party electable and Ed just wasn’t the right leader.  He lurched to the left and his manifesto was rejected by the electorate. He also naively instigated the £3 registered supporter policy in the hope of creating a kind of open primary situation that might revitalise the party.  The rest is history.

I have asked myself if we were inventing an electable party of the left today, would we have invented the Labour Party with its 20th century roots so firmly in organised labour, something quite remote to young (and old) social networkers whose experience is of a very different labour market and career patterns in the 21st century?  Organised labour needs political representation but I don’t think we would have invented a party in its current form now, so I feel the Labour Party – funded mostly by unions – may well have run its course.  But political transitions are complex and require ingenuity and flexibility which currently seems to be in short supply.  I am very mindful that the last time the Labour party became unelectable was a very long 18 year stretch from 1979 to 1997.  That means we could be looking at the left being out of power for another 12 years until 2028.

That the Labour Party will split seems to me to be certain now.  A hard left rump will remain with a large membership and a small group of MPs.  There may well be a legal battle for the name of the party, likely to be won by Jeremy Corbyn as the elected leader.  The question will then be what new entity the remaining MPs will form and what will it be called.  Will they succeed in getting existing sections of the Labour Party, like Progress, to migrate across?  How many would be re-elected in the next general election?  Having seen the situation develop in Spain with the left vote split, I think the current Parliamentary Group could be reduced to around 100, maybe even worse with UKIP absorbing many disaffected Labour voters.  The portents are not positive, we only have to look back at what happened to the SDP in the eighties. Theresa May could well make the opportunist decision of calling an election in the coming months, in the name of securing a more stable government with a larger majority.  As I said, Conservative rule until at least 2028.

Britain needs an effective opposition and this may well emerge out of some kind of realignment.  It’s hard to imagine what at the moment. As in Spain, the creation of pacts of political parties will be seriously impeded by the objections of larger parties to nationalist groups, like the SNP or the Catalan parties in Spain.  Try telling the Momentum idealists that their strategy will leave the left out of power for over a decade.  Protest and principal seem to be their overriding objective.