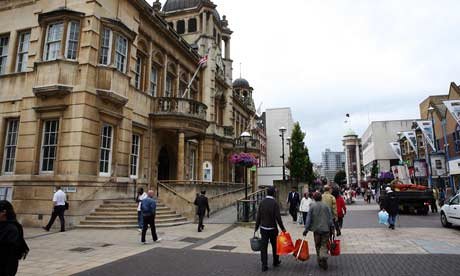 Cumulative hearts sank when landlords of East London heard that Redbridge was planning to bring in another selective licensing scheme.  Councillors fell foul of new legislation introduced following NLA campaigning in 2015 which meant that schemes covering more than 20% of a boroughs privately rented properties or geography had to seek permission from the Secretary of State.  The Redbridge proposed borough wide scheme failed to gain approval.

Since Newham brought in borough wide additional and selective licensing in January 2013, schemes have spread across London.  Now 19 boroughs either have or are considering implementing licensing schemes.  Mayor of London, Sadiq Khan also supports licensing and I suspect would love to be given devolved powers to bring in a London wide scheme akin to Smart Rent Wales which requires all landlords to be registered and licensed by 23 November 2016.  His enthusiasm for licensing will encourage Labour led boroughs and he likely still aims to gain a co-ordination role that encourages some consistency in schemes.

Discretionary landlord licensing was introduced in the 2004 Housing Act to enable local authorities to deal with pockets of anti-social behaviour associated with the private rented sector. Further criteria like poor property conditions and high levels of inward migration were introduced in 2015.  But the legislation was never intended to allow councils to bring in blanket borough wide schemes.  Furthermore it has become increasingly obvious that local authorities are introducing schemes to fund their private sector housing departments.

The NLA has campaigned against licensing on the basis that local authorities should be using their existing powers and adopt an intelligence-led approach instead of charging good landlords to pay for enforcement against rogue landlords that remain unlicensed and steadfastly under the radar.  With boroughs like Redbridge facing cuts of £100 million, Realpolitik makes this argument redundant.  Barnet council argued at a recent landlord forum that it can only use its exorbitant £1008 license fee for running the scheme.  But most of their private sector housing staff will be involved in running the scheme in some way, so the scheme essentially funds the department.  The evidence threshold for creating a scheme is low.  Local authorities put together a body of evidence and carry out a statutory consultation where typically over two thirds of landlords disapprove and over two thirds of other residents approve.  Councillors then approve their own scheme, judge and jury.   Landlords across London have become hugely cynical about these schemes and feel powerless in trying to oppose them.  This is the context in which I met Wendy Rollings, senior Environmental Health Officer and in charge of the Property Licensing Scheme at Redbridge this week.

Wendy explained that landlords had expressed considerable anger at consultation meetings held so far.  The local authority is consulting on two schemes: one that covers two wards in Ilford and another that covers 14 wards or 79% of the borough.  This is a new strategy that will enable implementation of the small scheme, whilst then seeking approval for the larger scheme from the Secretary of State.  Other boroughs, like Havering, are also likely to adopt this approach.  Redbridge plan to bring in a borough wide additional licensing scheme, probably from January 2017.

Wendy and I had an honest and frank meeting.  I restated that the NLA does not approve of borough wide licensing but I would co-operate with her in the interests of trying to make the scheme as sensible and tolerable for landlords.  My main concern is that the scheme should be light touch for good landlords and I was reassured that landlords will self certify as fit and proper, there will not be mandatory inspections of all properties, but resources will be focussed on landlords who fail to license or where there are concerns or a complaint.  Wendy and her colleague Carl invited my views on licensing conditions and I also flagged up what have been a number of concerns with other schemes.  I also outlined problems with Article 4 directions and definitions of HMOs which have caused considerable problems in other boroughs.  Councillors fear displacement of poor practice from licensed areas with Article 4 directions to unlicensed areas without article 4 directions and this is why their instinct is to introduce wide reaching blanket schemes.  But there is no hard evidence of displacement and of course if there were no Article 4 directions then there wouldn’t be a problem with displacement.

Councillors and staff are all too often exposed to poor practice in the PRS and I was impressed that Wendy and colleagues are using examples and images of good practice, something I am keen to encourage.  The definition of HMOs used for additional licensing captures any shared accommodation even if 2, 3 or 4 sharers are renting a property on one contract and living as a family.  This is a very different management proposition to a house occupied by people who do not know one another and rent lockable rooms.  Legislation fails to recognise this distinction and runs the risks of institutionalising all rented properties – with notices on walls and burdensome fire regulations akin to a hotel – where tenants happen to be unrelated.  Also landlords may rent such properties to a family one year and sharers next.  But a license will fix the position as selective or additional – family or sharers.   And if you have a selective license there is no clear guidance for establishing that occupants are related, they could be remote cousins with differing surnames.   In Newham, landlords have had to pay £800 to switch from one license to another, a deterrent to interacting faithfully with the local authority. The Article 4 direction requiring planning permission in Newham makes the situation impossible.  All of these rules remove desperately needed flexibility from tenants housing options in London and show a failure to understand how the private rented sector functions.

Many landlords will have problems with their lenders who are increasingly excluding HMOs from their criteria and don’t understand enough about licensing to be able to distinguish between additionally and mandatorily licensed HMOs.  Once the landlord applies for a license the lender must be informed, some will require repayment of the loan within 14 days for breach of mortgage conditions.

The licensing conditions in Redbridge had been scrutinised by a landlord focus group in the past and although they do go beyond legal minimum requirements, they are not onerous.  Wendy wants all licensed landlords to undertake at least five hours of training per annum by attending courses and landlord forums.  This will be difficult to enforce and is a half way house to compulsory accreditation, but I think the intention to encourage better education and standards is sound.

In 2017, both Labour led boroughs Redbridge and Newham will apply to the Conservative Secretary of State for approval of schemes greater that 20% of the borough.  I think it is unlikely that either will be approved and we will at least see some reigning in of councillors’ licensing ambitions.  A key argument against renewing the schemes is that if they haven’t solved the problem in five years what evidence is there to suggest they will solve the problem in a further five years?  None of the boroughs have yet produced convincing, comprehensive evaluation.  Additional licensing will likely continue borough wide in both boroughs and we have yet to persuade government to abolish HMO use class C4 to stop councils from banning shared housing.  Many suspect Article 4 directions are simply being misused to cap the size of the private rented sector within a borough.  I think Housing & Planning minister, Gavin Barwell, MP for Croydon Central, having opposed Croydon’s borough wide licensing scheme in 2015, could be our strongest hope in making progress.  If only we could get him to see the issue as a priority.

At Redbridge, we have a competent and pragmatic senior officer who at least we can work constructively with, even if we don’t agree with the local authority’s policy and aspirations.  I hope to be part of a future proposed landlord focus group.  It’s difficult not to despair about the spread of licensing across London.  We are caught amidst government cuts, anti landlord councillors taking advantage of poorly informed public sentiment, an unfit for purpose legislative framework and short termist politicians who are failing to create a long term vision for housing.

What should you do?  For existing properties, take advantage of the early bird discount and comply with the scheme.  We may see improvements in the stock in Ilford – where there is no doubt there are too may ropey looking rented properties – that could benefit all of us.  Plan carefully if you intend to buy in boroughs with licensing schemes and particularly if there is an Article 4.  You need to risk assess how schemes will affect your business model.  If you can only let to families, be aware that affordability problems mean that you may end up with a very large family and your pool of applicants becomes severely limited.   Get accredited and join a trade body like the NLA so that you are on top of your game.  Increasingly I believe the proper way forward is a light touch registration scheme for England, where illegal practices by rogue landlords would result in them losing their registration and right to practice, akin to treatment of others professionals.  I would not be averse to compulsory accreditation in that context.