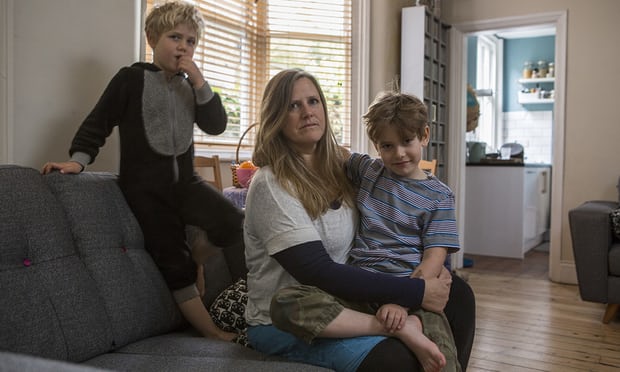 We are seeing an increasing number of press reports about housing benefit where the landlord is cast as villain.  Today BBC London reported on a house that had been converted into an HMO housing five tenants on benefits. The tenants were receiving the one bed LHA rate and the story argued that the landlord was receiving housing benefit for five studio flats.  I’m not a great fan of converting houses into grim HMOs with lockable doors and austere communal areas and I don’t condone greedy profiteering.  I prefer to create comfortable homes where people stand a better chance of building happier lives.  Nevertheless this case feels like it’s the man or woman at the coalface – the landlord – who gets blamed for poor government policy.

I understand that the Valuation Office Agency has been actively trying to rate rooms in HMOs as self contained properties so that they can be individually banded for council tax.  This can result in a new homes bonus payment from government to the local authority.  It may be that the rooms in this HMO have been banded in that way regardless of whether the landlord wanted it or not and housing benefit has been paid at the 1 bed rate as a result.

NLA research shows that only 17% of landlords now accept tenants on benefits.  68% of landlords say their housing benefit tenants have had arrears in the past 12 months averaging £1,774.  This has been a growing problem since housing benefit was paid directly to tenants from 2008 when 50% of landlords let to tenants on benefits.  It is easy to see why regrettably landlords have abandoned this sector.  But government policy has lurched on a trajectory that condemns tenants on benefits to scant, poor quality housing often temporary and on expensive nightly rates, provided by the few landlords that still let to this sector.    Dwindling social housing which has fallen from 31% of housing in 1980 to 17% today means that there is no longer a low cost alternative.

The prospect of arears is not the only reason why landlords shirk tenants on benefits.  The coalition and Conservative government’s austerity agenda led to a number of cuts.  From 2008, benefits were linked to market rents and set within broad rental market areas.  The Local Housing Allowance was set at the 50th percentile – so the average rent in the area.  In April 2011, the LHA rate was reduced to the 30th percentile meaning that tenants on benefits could only hope to rent cheaper properties.  The age limit for the shared accommodation rate was raised from 25 to 35 in 2012 so adults up to 35 were expected to get a room in a shared house.  Just at a time when government gave local authorities new powers to restrict landlord’s rights to let to sharers through Article 4 planning directions.  7 boroughs in East London have taken advantage of these powers.

In 2012 the government broke the link between LHA and market rents and then froze LHA for four years from 2016.  The result is that benefit rates now lag well behind market rents.  Landlords are faced with the prospect of letting their properties to tenants paying well below the market rent who – based on the evidence – are also very likely to get into arrears.

Government also introduced a total benefit cap of £26,000 for families and £18,000 for single people in 2014.  36,471 households in England – mostly families with 2 or more children – now didn’t have enough benefit to cover their rent.  Some London boroughs worked very hard with landlords to sustain tenancies.  They topped up rents with Discretionary Housing Payments to prevent homelessness or helped people get 16 hours of work so that they would be exempt from the cap.  Insufficient benefit to cover rent meant that tenancies were unsustainable and this caused an increase in the number of evictions by private landlords, again cast as the villain having been put in an impossible situation by government policy.  The cap was lowered again to £23,000 in London and £20,000 elsewhere in 2016.  Universal Credit – currently being rolled out nationally – pays nothing for the first 6 weeks which means tenants on benefits face the prospect of beginning their tenancy in arrears.

Because of the shrinking social housing sector, local authorities look to private landlords to house tenants on their waiting lists.  They offer to manage landlords’ properties for 3 or 5 years often with rent guarantees and repairs included.  The catch is that they can only pay the LHA rate, which is well below market rent.  There is a housing shortage in London and landlords opt to let a working tenant on a market rent instead.  Many lenders do not allow landlords to let to tenants on benefits or to social housing organisations for 3 or 5 years.  This leaves a tiny pool of landlords for local authorities to draw from.  Government seems to think that the growing private rented sector – now 20.1% – can take up the slack left by social housing.  Maybe it hoped that landlords would adjust rents when LHA and the benefit cap were introduced.  Landlords don’t pluck rental figures out of the air.  They charge a market rent to cover their costs and rents have been pushed up because of a failure to build enough properties and selling off social housing through right to buy.

We have had a decade of low interest rates – a perfect time to borrow to build more social housing – and the government has only just woken up to the idea, investing £2bn to build 25,000 council houses over the next 4 years.  The National Housing Federation thinks that this could lever further public and private secret funds and actually yield a total of 50,000 to 60,000 properties.  We really need the social sector to expand because 20% of landlords say that they are planning to sell some of their properties in the next 12 months according to NLA research.  Increased stamp duty, new rules that mean landlords are taxed on their turnover rather than their profit and stringent mortgage criteria imposed by the Bank of England have slammed the breaks on buy to let investment.  So the social sector may need to expand very rapidly.  Only 6,800 were completed last year.

Communities & Local Government Committee Chair Clive Betts MP, thinks that all HMOs should require planning permission.  The law on HMOs is a mess. The HMO definition captures houses with lockable rooms where nobody interacts and houses rented by a group of friends who choose to share, two very different entities.  Adding planning constraints would affect and probably prevent both.  London desperately needs more shared housing as it provides better value for young people and helps to regenerate run down neighbourhoods.  I would like to see a complete overhaul of legislation on HMOs.  We also need to restore the link between LHA and actual rents and allow tenants to choose whether they would like the benefit to be paid directly to their landlord.  That way we could widen the choice for tenants on benefits and we wouldn’t see a small minority of landlords able to exploit tenants as we do in this case.

The test of a civilised society is how well it looks after its poor and vulnerable citizens.  Successive governments have adopted an austerity agenda that seems to cast people on benefits as unfortunate collateral.  It expects landlords and local authorities to take up the slack as if we have a bottomless pit of additional resources.  Benefits, planning and housing policy have a complex intertwined relationship understood by few journalists.  The media is easily enticed by stories of evil profiteering landlords without fully understanding the broader context.  The vast majority of landlords are ordinary people trying to run businesses and make a living. They want to provide good homes for satisfied customers and many were happy to do so for tenants on benefits before 2008.  Government policy on housing benefits has made the situation intolerable for landlord, tenants and local authorities alike, leaving the unscrupulous to exploit.  In the end, good landlords will have to put up with blanket, burdensome regulations because of that unscrupulous minority.  If government made sound policy in the first place, bad practice wouldn’t flourish.