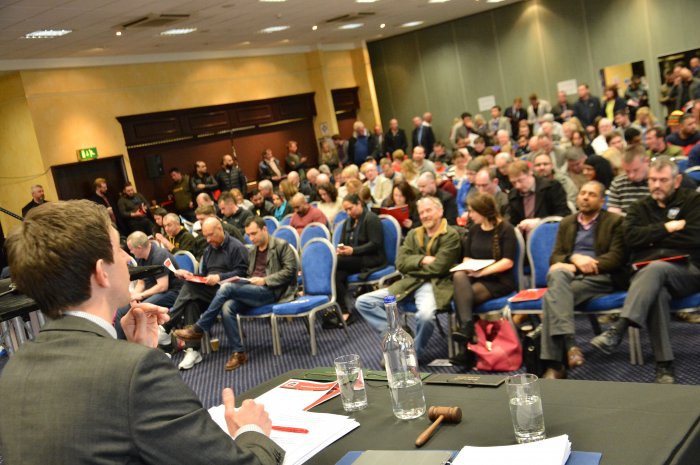 I’ve noticed that whilst building their portfolio, quite a lot of landlords and developers live in a modest home.  Whilst you’re building up your business, it’s difficult to justify putting all of your cash into a splendid house for yourself and your family.  I’ve reached a point where expanding doesn’t seem worthwhile, particularly with section 24 tax changes.  The Prudential Regulation Authority underwiting changes have also made it harder to refinance, the government’s way of applying the handbrake. Luckily I did some refinancing before the changes and have positioned myself to buy a home for myself if not my dream home, something that is on the way there.  As with many landlords, there’s a limit to how much I can borrow on a residential mortgage, so I am faced with two choices:  sell some of my portfolio to release more cash, or work my way up the ladder by buying properties that I can add value to.  Naturally my instinct is to do the latter, it also means I can get that developer’s fix from the refurbishment.

So I have found myself back in the auction rooms and I had forgotten just how stressful it is.  My latest attempt to buy is a fine example. A three storey Georgian house arranged as two flats, guided at £725,000-750,000.  The rooms had really generous dimensions, it had a huge garden and was in an up and coming area with good transport links. It would be easy to knock back into a house and indeed the title had never been split into leases. However, it was on a busy road with buses rumbling past 24/7.  Houses on the quiet back streets fetch around £1.2million, so the cheaper price was the payback.

I did two viewings early on and clocked how much interest there was.  I know the auction staff well and they let me have the keys to go in and look round with my close friend and builder.  He was really enthusiastic and my interest was fired up.  There were some quirky moments on the way.  The hilarious developer who told me that it was a terrible buy and there were 18 people expected to view today and “white people don’t buy in this area” (?!).  He disappeared into the house when I asked him why he was viewing.  Clearly he was trying to deter other bidders, that helps me too so I let him continue with his good work!  That is the worst aspect of buying at auction, there are no secret finds and all the other local developers are after a bargain.  There’s always one willing to buy at any price or just determined to win the bidding at any cost.

The two weeks before auction is a gradual rollercoaster build up of stress and excitement.  First, perusing the legal pack – often documents don’t arrive until the last minute.  Oddly there was an asbestos survey which said that the building was clear.  Why was a survey carried out and does this raise suspicions of potential problems?  No search was provided – is the seller trying to hide something?  The vendor expects a fee of over £10,000 on sale.  Absolutely ridiculous but nothing I can do about it.  And then there’s the hideous additional 3% stamp duty. It all adds up to nearly £70,000 of additional casts.   Next exploring financial options – very few lenders can turn around applications in 20 working days.  Luckily this lot had 28 days to complete, but with Christmas stuck in the middle.  Then few lenders will lend to a house divided into two flats, consigning me to short term or bridging finance and then refinancing a few months later.  But that would add so much additional cost.  Bridging would cost nearly £5,000 per month in interest – compared to less than £1,000 for a standard mortgage and I’d be faced with two lots of legal and valuation fees.  I get so frustrated with what feel like bureaucratic rules that create arbitrary barriers.  Even if you think you can just about squeeze into the lenders criteria, at the end of the day it’s all down to the almighty valuer’s comments on the day. To make the house into one unit again all I needed to do was remove the boxing/stud wall around the front door.  Would the vendor allow me to do that between exchange and completion before the valuer attended?  But then the lender might not accept a property with two kitchens and ripping out a kitchen between exchange and completion could be asking too much.   I went backwards and forwards with my broker and then speaking to lenders myself about just exactly how criteria is applied.  I provisionally decided I would bid and then fight my battles with lender, valuer and vendor if I won at auction.

The auction was on a Tuesday so the weekend before I set aside time to make a final decision.   I went down to the property, walked around the really beautiful backstreets and hadn’t realised just how gentrified the area was becoming.  I stood in front of the property and tried to imagine myself living there.    I watched the traffic and thought it was grim, but it was really the only downside.  Of course I wanted the property to be on one of those quiet backstreets, but then I couldn’t afford it.  I looked at the adjacent park and proximity of the canal.  All positives.  Would I be able to sell it on again as a house, or would all the buyers want to be on those quiet back streets – who knows?  Is this a good time to buy I kept asking myself, we might be on the edge of a fall in prices and it’s getting harder for people to get finance.  Would it be better to sit tight and wait?  I had started to psychologically move out of my own home, relieved to be finally going from a flat to a house with a dream garden and a huge outbuilding for use as a summer house, studio and occasional office.

I was still torn on the auction day.  Part of me said I don’t want it, I’ve got great cashflow at the moment, I’m enjoying the security of cash in the bank, there are too many uncertainties, they’ll be more houses, better projects around the corner.  Re-enthused by a telephone conversation with my builder, I headed into the auction room with my ID and cheque book.   It was great to see auction staff I know well and I feel part of the family, that helped me feel welcome and I chatted a bit.  Then I sat on the front row.  I decided I would absolutely stick to my limit of £825,000, I really wanted it for less but I would be unhappy to buy it for more.  I would only have around £40,000 for works at that level and would have to then rely on credit cards or stage the works over 12 months or so.  I had met a developer the night before who said she was happy and well but short of cash flow and those words were ringing in my ears.

The auction room wasn’t too busy.  I sat on the front row, I don’t like to look at the competition.  Last time I bid, I came in too early, so this time, I decided I would come in at the end.  It started low at 720 and by 770 it was just between two bidders, one on the phone being handled by a friend from the auction team and sat just two seats away from me.  I came in with a bid, the auctioneer who knows me well smiled at me wryly.  Then it was just me and the guy on the phone.  I hoped I’d knock him out at 800, but he kept going.  I let him have it at £831,000.  It needed to feel like a good buy for me to feel happy about the purchase and at that level I don’t think it was.

It’s a very interesting feeling just after unsuccessfully bidding at auction.  A feeling of lightness and relief, tinged with disappointment.  If I’d bought I’d now be busy organising insurance, filling out mortgage application forms and getting an architect to come over to talk through ideas.  Suddenly I had time and space, a great feeling.  And then it started to dawn on me that now I don’t have a project and all I can think about are the good points of the property, the busy road had melted away.  I bumped into the guy who told me white people don’t buy in the area and he said he had bid up to 770 then stopped as he didn’t think it was worth more than that.  I was reassured.  I felt smug at having forced the buyer to pay £50,000 more than he’d wanted, but that’s just unkind.

I think long and hard before making decisions.  My journey is both rational – going through figures with a fine tooth comb – and emotional – how would I feel taking on this project and owning this house.  So afterwards I experience a kind of bereavement process.  I know it can be better to pay a bit more and have a project than be sitting on the sidelines.  Or was fate telling me that now isn’t the best time to buy:  like in 2005 when I tried to buy several times unsuccessfully at auction.  Thank goodness I didn’t then, as the crash was around the corner.  I had a busy week and got lots of welcome distractions and supportive texts from friends, but by the weekend I was feeling really down… and then sanguine.  I will pass by the property in the next few months to see what the buyer does with it.  I’d love to speak to him or her to find out why they thought it was worth bidding up.

There are two more auctions this month.  Can I find the energy to get back on the roller coaster so soon?  I know all house buying processes have their ups and downs and take their toll.  Yesterday I helped a first time buyer friend by looking over a wreck they are thinking of buying.  I’m a friend of her extended family and it’s great to see her, her lovely partner and baby son taking the risk and I am inspired.  It’s very daunting for them to take on a project, but it is a sensible move and will help them up the ladder.  Their savvy grandmother is very supportive and keen that they make some money, vulgar perhaps in British culture, but not for most BME families.  I will continue to try and buy and apply the same tough criteria which have stood me in good stead so far.  Is it better to wait a couple of years, it is just so impossible to know with the unique unknowns of Brexit?  I’m certainly enjoying the quieter auction houses.  I shall persevere and continue to dream of my dream home.