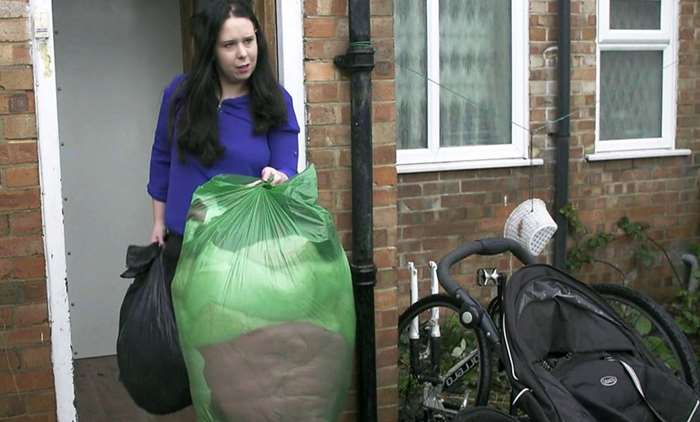 Evicted For No Reason

The abolition of no fault eviction is back on the agenda.  According to a recent BBC Panaroma show ‘Evicted For No Reason,’ the Labour Party, spurred on by housing charities and the entrenched convictions of Jeremy Corbyn, wants to end the use of section 21. The programme presents three case studies of tenants facing no fault evictions.  Lauren McGlashan has fallen out with her landlord who subsequently served a section 21 notice.  She has two months to find a new home for her husband, retired mother and five children.  Julie Archer was offered a new tenancy contract but didn’t sign it because she said the landlord would not mend her leaking shower.  He then served a section 21 notice.  Ava Watt is living in temporary accommodation with her adult son and daughter after moving twice out of privately rented homes because they were served with a section 21 notice.  She has asked her local council for help and has been told that her only option is to move back into the private rented sector, not social housing which she would prefer.

In England & Wales, landlords can give tenants on assured shorthold (or periodic tenancies) two months to vacate once the fixed term has expired without giving a reason, provided the notice is correctly served.  There were 29,000 no fault evictions last year and Panorama argue that tenants have fewer rights in this jurisdiction than almost anywhere else in Europe.  Whilst 90% of tenancies are ended by the tenant or by mutual agreement, the increase in families with children in the private rented sector, up from 24% in 2006 to 35% in 2016 has put stability of tenure in the spotlight.  In the Panorama piece, Laura’s children cannot attend school because the temporary accommodation she has been moved to is one and a half hours away from her children’s school. The failure to replace council housing since Thatcher launched right to buy in the 1980s has resulted in diminishing social housing stock, down from 32% in 1981 to 17% in 2017.  Such housing would have provided the long term security of tenure which all three case studies in the programme crave.

It is the very flexibility of the section 21 procedure that has enabled the private rented sector to grow.  Panorama failed to point out that the average private sector tenancy lasts over 4 years and does provide considerable long term security for many tenants.  Neither did it explore the underlying causes of the use of section 21 – namely frozen local housing allowance rates that not longer cover market rents and benefits that are paid directly to the tenant rather than the landlord.  With 62% of landlords housing tenants on benefits suffering arrears in the last 12 months averaging £1,584, many see little option but to end their relationship with their tenant.  Paul Shamplina from Landlord Action estimated that 98% of landlords will never have problems with tenants in their entire career, but for the 2% that do, section 21 is a lifeline.

Assured shorthold tenancies allow properties to be let for 6 months and more typically 12 months or longer.  This makes the prospect of letting your home if you move to change jobs or move in with your partner viable and ensures properties are let rather than left empty.  Buy to let lenders can work with 12 month terms, because if the landlord defaults on the mortgage payments, they will be able to gain possession, sell the property and cover the outstanding debt within 12 months.  If a tenant is in arrears or breaches a tenancy agreement for example through subletting, criminal activity or anti social behaviour, the court process typically takes over 40 weeks from claim to possession.  It is in the landlord’s favour to negotiate an end to the contract without creating conflict.

Let’s look at the example of subletting.  If a landlord suspects a tenant has moved people into the property without permission, he or she can investigate and ask the tenant for their side of the story.  The landlord can only gain access with the tenant’s permission and 24 hours’ notice.  This is enough time for the tenant to remove evidence and deny subletting.  If the landlord wanted to take the case to court under a section 8 procedure, breach of tenancy is a discretionary ground for eviction and there is a slim chance that the judge will rule in the landlord’s favour.  During the 40 week wait for the case to go through the court, the tenant can stop paying rent, move as many people as they wish into the property, deny the landlord access and cause criminal damage.  Is it any wonder that a landlord would prefer to simply end the tenancy using a section 21 notice without giving a reason – or perhaps saying that they wish to move a relative into the property.  To deny no fault evictions would mean that many more evictions would result in conflict to be battled out in court over a lengthy period with mounting arrears, stress and damage.

Housing is one of the few services that can legitimately be enjoyed by the customer for free for 40 weeks or longer.  Under resourced local authorities, desperate to minimise re-housing liabilities continue to advise tenants facing eviction to stay put until the bailiffs arrive, regardless of the impact on the landlord.

Some housing campaigners have lobbied for the erosion of the use of Section 21 over many years.  The 2004 Housing Act introduced the idea of rendering a section 21 notice invalid as a sanction.  This sanction was applied if landlords failed to license a property when required to, or failure to protect a deposit.  Later the 2015 Deregulation Act extended the sanction to failure to provide the tenant with a gas safety certificate, energy performance certificate and the government’s most up to date ‘how to rent’ guide.  Government consultation on electrical safety certificates and a landlord redress schemes also propose the inability to serve section 21 notices as a sanction.  Whilst I wholeheartedly support the notion of landlords complying with regulations, there will potentially be 7 hoops for landlords to jump through to retain their ability to use the no fault process.  A survey in 2016 found that only 40% of landlords were providing tenants with the most up to date How To Rent Guide, amended in January 2016 and 2018.  Landlords must be prepared to evidence that tenants have received the relevant documents to support their case for a no fault eviction.  Even then a recent county court appeal case found that a section 21 notice was invalid because the tenant had not been given the gas safety certificate specifically before they had moved into the property.

Panorama did not cite recent legislation to protect tenants from so called retaliatory eviction which ostensibly Julie Archer had experienced.  Lauren McGlashan’s rent had been increased by £400 per month by her landlord.  There is plenty of evidence that landlords often do not raise rents for many years where they have long term tenants and then find that rents have fallen well below market levels.  Government’s decision to tax landlords on their turnover rather than their profit and abolish 40% tax relief on mortgage finance means that some businesses will become unprofitable and rent rises will be an inevitable way to make up the shortfall.  Overly harsh regulation of buy to let mortgages by the Bank of England now means that landlords need to increase rents if they stand any chance of raising finance because the stress tests that are applied can make raising funds impossible.  Even more so for portfolio landlords who struggle to meet tests applied to their whole portfolio, often in spite of it making healthy profits.  The Panorama team’s group think lazily points the finger at landlords “abuses” without understanding the intolerable consequences precipitated by the government’s vote chasing lack of joined up thinking.

The programme concludes that “there is part of the UK where they think they’ve found a solution: Scotland.“  A country that has returned to lifelong tenancies akin to the 1970s.  There are 18 grounds for possession which sensibly include refurbishment, sale of the property or moving in relatives.  But each would have to go before a tribunal for a judge to decide.  The programme hails a new procedure where landlords get possession quickly if tenants are 3 months in arrears, but this has yet to be tested.  All the landlords interviewed were pleased with the changes and we see a landlord happily showing a flat to a prospective tenant in Aberdeen.   This is not what landlord associations are hearing from their members.  There is no explanation of how the student market will evolve or short lets for the Edinburgh festival.  Imagine you are based in Inverness and want to let your flat when you move to Manchester for an employment opportunity.  How would you feel handing over the keys to your home to a near complete stranger knowing that they have the right to live there for life?

The removal of no fault eviction in England and Wales would cause the private rented sector to shrink.  Landlords selling off properties could cause house prices to fall, leaving many in negative equity.  We will face a shortage of rental properties because house building simply isn’t meeting demand and rents could rise, with landlords likely to be blamed. Would you set up a property business if you knew you wouldn’t have the flexibility to end your relationship with tenants who prove to be unsuitable.  Let’s not forget that for every bad landlord, there is a bad tenant, both a small minority, but it is wrong to suggest that all tenants are angels.  How can banks lend to landlords who have lifelong tenants if they have no guaranteed way of repossessing the property?  With no funding, there will be few entrants into the business of letting.

I very rarely issue section 21 notices. The core of my business is my relationship with my tenants and I aim to avoid legal processes.  It may sound utopian, but I think we need to invest a lot more energy in helping landlords and tenants to maintain constructive relationships.  Landlords need to be accredited and to understand that they are running businesses and need to nurture relationships with their customers.  Investing in their properties attracts good tenants and providing prompt repairs and good customer service will keep them long term.  Tenants need to be trained in their rights and responsibilities too.  We need to restore the link between local housing allowance and market rents and pay the rent directly to the landlord.  We need a huge investment in mediation and tenancy sustainment services.  On a broader scale, the taxation of income from land needs to be reformed so that landlords can be taxed fairly like other businesses and mortgage stress tests should bear some relation to actual risk rather than being used as a veiled political tool to supress demand.  We need to see a prompt and steep increase in social house building.

Landlords want long term tenants that look after the property and pay rent on time.  No fault eviction is a vital part of the landlord toolkit, with the vast majority of us using it as a last resort.  Lauren McGlashan’s plea that landlords should give a viable valid reason for eviction that has to stand up in court naively fails to understand the complexities of the housing market and the pressures faced by landlords.  Panorama’s assertion that no fault evictions mean that “tenants have no security and no place they can call home” is a grotesque indictment of the determination, hard work and care that the vast majority of landlords put into providing decent homes for people in the face of relentlessly disjointed government policy and biased reporting.