Losing The Licensing Battle in London 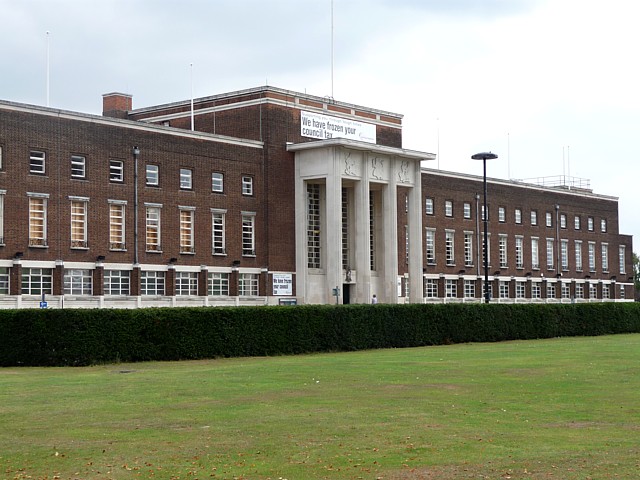 Sorry to bring doom and gloom, but my prediction that once established in Newham, selective licensing would spread like Japanese knotweed across East London is coming true.  London boroughs of Islington and Hackney are both conducting reviews of the private rented sector and both held meetings this week at which the NLA were invited to present evidence on the future of the PRS in London.  I attended the Islington meeting and Chief Executive Officer, Richard Lambert, attended the meeting in Hackney.  Both are seriously considering the possibility of selective licensing where every rented property in a given area – which could be the whole borough – would have to be licensed.  At the Islington meeting, Shelter and Crisis said that they both supported licensing.  I was impressed by questions from councillors sitting on the committee, they did seem willing to weigh up the arguments and officers present were advising caution.  Islington have some great schemes for landlords, run a regular landlord forum and I have generally viewed them as a cooperative and helpful borough in which to be a decent landlord.  So fingers crossed.

A similar commission in Hackney has also received submissions from Crisis, Shelter and DIGS.  I understand that members of the commission have been expressing enthusiasm about licensing as a way of controlling landlords and driving up standards.   I had put Hackney in a similarly sensible category as Islington, hoping that they would not plump for licensing.  Somebody needs to remind councillors that selective licensing is intended to deal – as a last resort – with anti social behaviour and low housing demand.  Local authorities already have extensive powers of enforcement to deal with rogue and criminal landlords.

Those meetings were on Monday.  My second meeting of the week – Barking & Dagenham Landlord & Letting forum at the civic centre (pictured) on Tuesday really did plunge me into depression.  Divisional Director of Environment, Robin Payne and Darren Henaghan, Corporate Director of Housing & Environmental  Services presented proposals for selective licensing in the borough, claiming to be launching a consultation period that continues until 8 January 2014.  They then presented a spirited defence of a borough wide scheme in the face of unanimous opposition from landlords present.

At the meeting, I did my very best to argue the case against licensing.  Firstly it will be the good landlords who sign up for any scheme, rogue landlords will stay invisible and remain under the radar.  Newham has licensed 31,000 out of 40,000 properties and they estimate that there are 5,000 properties in the rogue sector.  So now they have lots of information about 31,000 properties that they probably don’t need to know anything about and still have to find most of those 5,000 problem properties.  The frustration for good landlords is that we are effectively paying for enforcement against the bad ones.  Many landlords complain that it just feels like a tax, currently £500 per property in Newham.   The other main argument against licensing is that its premise is punitive and that it alienates landlords at a time when local authorities desperately need us to provide accommodation for tenants on their housing waiting lists.  Accreditation is a much more positive way of engaging landlords and driving up standards.

The £20,000 fine that can be imposed on landlords for failing to license a property is very attractive to local authorities when you compare it to much smaller fines for failing to comply with management orders or planning infringements, typically around £3,000.  Landlords who break planning and management rules are unlikely to be licensed so can be hit with a much harsher fine.  This is a poor excuse for introducing licensing.  The government should be increasing enforcement fines and speeding up processes.

For many, licensing feels like control freakery and a convenient new way to raise income.  It certainly feels like politicians from one borough to another have been liaising and simply want to copy Newham.  Licensing is a good way for politicians to show they are doing something about landlords and it’s easy for them to freewheel on popular negative stereotypes.  Of course the facts – like 69% of tenants in London are satisfied or very satisfied with their landlord, 67% of landlords will not be raising rents this year and most tenancies last 2-3 years are never quoted.

Darren Henaghan at Barking & Dagenham says that the council will be able to inspect all 12,000 of its privately rented properties.  This is clearly a nonsense.  At most, 3 can be inspected and reported on in one day.  At that rate, it would take 10 officers two years to inspect all of them and that’s assuming there are no problems, they can get access to properties (which could be denied by tenants) and they have no other work.  Darren claims that the consultation is an open democratic process but whilst local authorities must consult by law, but they do not have to take account of the consultation.  79% of landlords in Newham were opposed to licensing, but politicians had made their mind up and it still went ahead.  In Barking & Dagenham it looks like influential officers have made up their minds, so brace yourself.  Many landlords feel that the consultation will be a sham and as licensing was not in councillors’ manifesto,  this is certainly not local democracy in action.

I will be at the NLA conference is Swansea this week, the day after the Welsh Assembly’s new housing bill is published.  It is expected to propose compulsory accreditation and a registration scheme for all landlords and letting agents.  The registration process is likely to be akin to the Scottish scheme where landlords register with their local authority for modest fees of £55 and then £11 for each additional property.  We may see a similar scheme in England, where it is currently Labour Party policy.  I would much prefer a light touch registration scheme for a low fee than a number of patchwork, expensive harebrained local authority schemes.  With rumours of forthcoming schemes in Waltham Forest, Redbridge, Haringey & Greenwich, it’s time we switched our efforts and got behind national registration, helping to shape it into something sensible and as a way of abolishing selective licensing.  Compulsory accreditation of 1.3 million landlords in England would be impractical, but enthusiastic encouragement, like the London Rental Standard scheme due to be launched in March 2014 could be a very positive move.

Landlords and lenders marked the 25th anniversary of the Buy To Let loan on 24 September 2021.  Way back in 1996 the Association of Residential