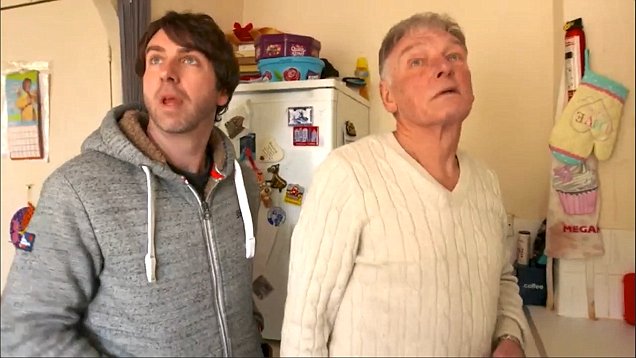 The Return Of The Humans

Have you seen ‘The Week The Landlords Moved In’ on BBC1?  Chris Norris, Sarah Davidson and I  reviewed episode one on radio show and podcast Inside Property this week.  Some of the opening salvos were a parody of landlords that wouldn’t have been out of place on a sketch show.  Successive investors tell us to “let it and forget it” and “buy low, rent high.”  “We buy property for one reason and one reason only – to make money,” one landlord proclaimed, as if a property business ran on autopilot.  The mantra that “it is not essential to know your tenants personally to run a successful property business” I think is absolute codswallop.  Of course the joy of the programme is that we see these smug, self-parodying landlords with their golf clubs, expensive shoes and handbags come unstuck by the end of the episode.  This is the BBC – so we learn on the way – and they unashamedly learn to reconnect with their human side.

In this episode, father and son team, Marc & Peter, move into the flat Linda is renting from them in Chadwell Heath and HMO guru, Paul Preston, moves into one of his HMO rooms in Milton Keynes with girlfriend Priya.  Quite frankly, problems in both properties could have been resolved by simple periodic inspections.  Linda’s flat has a mould problem, needs a new hob and a basin tap in the bathroom.  Her shocked landlords hadn’t visited for 18 months.  As Linda reveals she felt unable to press for repairs and feared she might be evicted if she complained, it starts to sound like a Shelter case study for longer tenancies.  On Inside Property, Chris Norris says he thinks tenants need to realise that most landlords want them to stay as long as possible and we have to try and find a way to get this message across rather than force a legislative agenda.  Tenants reporting repairs is a good thing as they help us maintain our asset and keep them – as our customers – happy.  By the end of the programme, Linda’s landlords do refurbish the property, acknowledging that it will increase the value of the asset and create a better home for her.  They don’t increase her rent – in common with many landlords who have long term tenants – a story we rarely hear in the press.

I was touched by Linda’s struggle to afford to heat her home.  Like Marc and Peter, I have helped tenants switch suppliers to keep bills down.  I think there is a broader issue about the dysfunction of the UK energy market and how we are all being ripped off.  What exactly has privatisation of the utilities, essentially to a cartel of six big suppliers, done to improve energy supply in the UK?  Seeing a 66 year old woman at the sharp end of this problem is very sobering.  Mould is a tiresome problem for landlord and tenant alike, often difficult to solve and often down to lack of heating or failure to ventilate the property which only the tenant can change.  In my experience once spores appear, you are fighting a losing battle with extractor fans, anti mould paint or overpriced solutions from “specialists.”  It is the perfect topic for TV as it looks dreadful and casts the landlord as a demon, so it was refreshing to see the problem explored with more depth than usual.

I am very ambivalent about HMO merchants like Paul Preston.  I have 3-4 bed houses that I could chop up into 5 lettable rooms and make more money.  The HMO brigade believe changing single let to multi let is the only way.  But I prefer to let them on one contract to 3-4 people and create a proper home for them, rather than an atomised dwelling with anonymous unloved communal areas.  Paul’s property also suffered from lack of inspection with yet more mould and also rats.  Rodents are another easy win for anti landlord TV, casting the landlord as a wreckless agent of infestation.  In this case they had been attracted by a bin shelter that had not been inspected and repaired and nobody had reported as faulty.  Lots of occupants across all tenures are slow at dealing with pests, this is not just a problem in the private rented sector.  They can also be incredibly difficult to eradicate as the source may be in other flats or terraced houses that are inaccessible or have uncooperative occupants.

The thought of housing somebody in such unhappy circumstances brought landlord Marc to tears. This show is essentially managers going back to the front line for landlords, seeing their product through the customer’s eyes and prompting some humanity and common sense.  In the landlord community we are acutely aware of the abundance of mediocrity across the private rented sector.  We assume it is the accidental or small landlord with one or two properties that occupy this territory.  Here we see larger portfolio landlords taking their eye off the ball or with their heads buried in their spreadsheets.  Of course if this programme had been too balanced it would probably have been too boring to make prime time TV.  Chris Norris said that he wouldn’t want to see an episode full of good practice by NLA accredited landlords and he is probably right that rats and mould maketh the show.  I am at least heartened that property TV seems to be gradually edging its ways into the softer, people side of the business to show the dilemmas and feelings of both landlords and tenants.