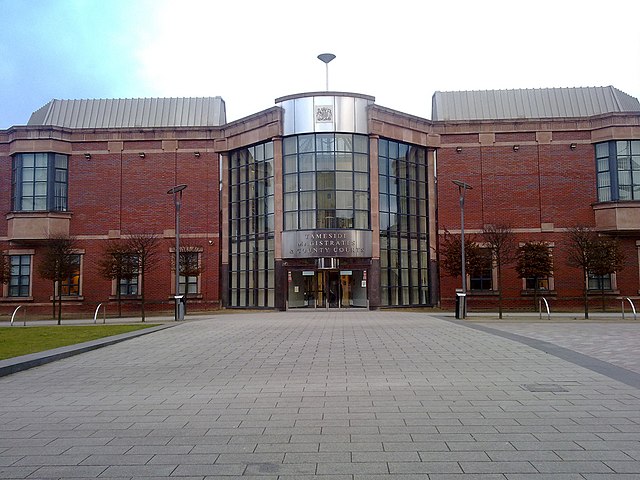 Landlords and lenders marked the 25th anniversary of the Buy To Let loan on 24 September 2021.  Way back in 1996 the Association of Residential Lettings Agents persuaded a small clutch of lenders including NatWest and Paragon to proffer mortgages funded by rental income.  At the time they were viewed with scepticism, but by 2015 they had formed 16% of all mortgage lending.

This notable landmark coincided with the sobering end of the emergency Covid measures that extended eviction notice periods in England.  From 1 October 2021, notice periods for section 21 and section 8 return to pre Covid 2 months and 14 days respectively for rent arrears.  This particular landmark has been met with considerable relief by many landlords.  800,000 tenants are in arrears according to a Bank of England report and 82% of those didn’t have arrears before the pandemic hit in March 2020.  The debt charity StepChange says that 200,000 of these have serious arrears and could be at risk of eviction.  Indeed Paul Shamplina, founder of Landlord Action told BBC Radio 4 this week that his instructions are up by 43%.  “I’ve been working with landlords and letting agents for 30 years and I’ve never seen rent arrears as high as they are now.”

Eviction is always a last resort and we have seen considerable efforts made by landlords and tenants to negotiate arrangements during the pandemic.  NRLA research shows that 19% of landlords had not evicted tenants whilst extended notice periods were in force.  But 11% say that they will begin eviction proceedings now pre Covid notice periods have resumed.  They will face a long wait to get their case through court according to Paul Shamplina who says there is a shortage of judges and bailiffs and they should expect the eviction process to take 6-7 months.  The NRLA continues to encourage landlords to talk to tenants and try to negotiate an arrangement or use a mediation service.  Spare a thought for landlords with tenants in Wales where the notice period continues to be 6 months and in Northern Ireland it will be 3 months until May 2022.

There are reasons to be cheerful as we start to emerge from the worst of this crisis.   Mortgage availability is good with tighter criteria that lenders enforced during the Covid period beginning to fall away.  Interest rates have hit an all time low with typical 2 year 65% loan to value buy to let fixes priced at around 1.25%.  It is extraordinary to think that the private rented sector has been operating within this low interest environment now for well over a decade. Quarter 2 GDP figures have also been revised up to 5.5% showing that the UK continues to be the strongest recovering economy in the G7.

Rental demand is also improving with half of landlords reporting rising rents in their area, according to NRLA research.  The student sector is looking buoyant this academic year with the return of international students.  Interestingly, whilst Brexit has stemmed the flow of migration from the EU, this seems to have had little impact on demand for rentals.

NRLA research continues to support anecdotal evidence that an increasing number of landlords are selling properties.  20% of landlords say that they intend to sell property in the next 12 months, compared to 14% who plan to buy.  A reduction in the supply of rental properties will be beneficial for those professional landlords who are adapting their businesses to accommodate the changing tax, financing and regulatory landscape.

Latest land registry figures show that property prices across the UK fell by 3.7% from June to July as the substantive stamp duty holiday came to an end.  Until 30 June 2021, buyers could save £15,000 on a property valued at £500,000 or over.  This saving fell to £2,500 in the period July to September, thereafter, stamp duty has returned to its pre Covid levels.  But whilst the period to June flushed out many sellers, there still seem to be plenty of buyers around.  They are chasing less stock and this means that the sales market and prices remain buoyant.  Prices rose by 8% across the UK in the 12 months to July according to the Land Registry which uses data from all sales transactions.  Strongest capital growth can still be found north of the Midlands – peaking at 14.6% in Scotland – and rises in London remain much more modest at 2.2%.   So if you are buying, getting a bargain could be tricky but it could still be a respectable time to sell.

There are some clouds on the horizon.  The prospect of a Renters Reform Bill is creating anxiety and uncertainty.  The Queens Speech didn’t specifically mention the bill in May 2021.  All we could glean from the briefing was a continuing commitment to abolish no fault eviction, the introduction of lifetime deposits, a vague assertion to improve property standards, a hint at compulsory membership of a redress scheme for landlords and – out of nowhere – a possible register of rented properties which at the moment only exists in Scotland.  We await the government’s response to the consultation on the removal of no fault eviction in a white paper promised for this autumn, but it looks increasingly likely that we won’t see this until Spring 2022.

Michael Gove has been appointed as Secretary of State for the newly titled Department for Levelling Up, Housing & Local Government and he has already placed planning changes put forward by his predecessor on hold. As a free marketeer, could his new broom sweep away the end of Section 21 – that is probably wishful thinking?  Many developers and their projects are certainly in a state of limbo as they wait to find out what Gove wants to do with planning.  This kind of uncertainty is toxic for business.

Another government response stuck in the pipeline is on energy efficiency.  The consultation closed on 30 December 2020 and we wait to see if the government will press ahead with a requirement for a minimum EPC rating of C for privately rented properties by 2025 for new tenancies or 2028 for existing tenancies.  67% of rented properties have an EPC rating of D or worse and there is increasing evidence that more landlords will sell up rather than attempt the near impossible task of getting their Victorian terraced house above an EPC rating of D.  The consultation proposed a cap of £10,000, so if energy efficiency improvements cost more than that, the property can be placed on the exemptions register.  In the latest NRLA research, when asked why she was selling up, one landlord said unequivocally “Government Policies:  EPC Band C requirement, Section 21, removal of pet bans, too much risk of not being able to regain possession of property and the risk of having sitting tenants forever.  I am losing control over who I can let my properties to.  I feel like the government are trying to take over my properties by stealth.”

The abundance of local authority discretionary licensing schemes can also be somewhat depressing with some fees rising considerably.  Lambeth council has just gained the accolade of being the most expensive by hiking its fees up 75% for additional HMO licenses from £289 per bedroom to £506 per bedroom.  So if you have a house with 4 sharers, you will be expected to pay a licensing fee of £2,024.  It is schemes like this that would make replacing licensing with a national register and less onerous fees eminently preferable.

Whilst the stamp duty holiday created the predicted bubble, there are still no signs of a correction.  However, there are economic choppy waters ahead.  Inflation is heading for at least 4% according to the Bank of England and this could be pushed higher by the labour shortage and higher wages.  Will a Bank of England base rate of 0.1% become unsustainable given inflationary pressures?  The markets are pricing in an interest rate rise in Spring 2022.  But it is likely to be a small hike and that surely won’t be enough to tip the housing market towards a correction.  Having said that, UK house prices have been mostly rising since 2008 and how much longer can this go on for?

Welcome to The 2023 Recession

It’s hard to escape the gloom and doom at the moment.  From strikes to cost of living crisis, rising interest rates for landlords and homeowners